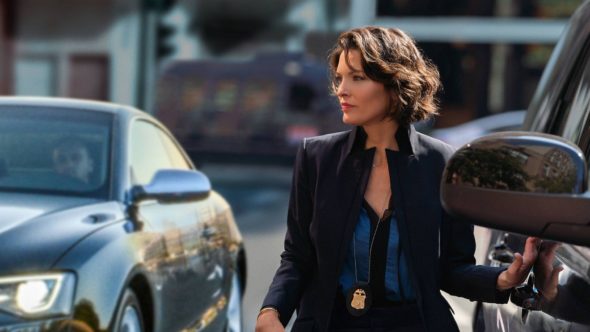 Viewers are taken behind the scenes of some of the biggest cases that FBI professionals have solved during their careers. Through never-before-seen footage and in-depth interviews, each episode focuses on a different investigation and showcases the cooperation between the FBI and other law enforcement agencies.

Agents and analysts reveal the thinking, teamwork, technology, techniques, and pure gut instinct that goes into solving a critical case.

What do you think? Do you like The FBI Declassified TV show? Do you think it should be cancelled or renewed for another season?

Great show!! I enjoy all the FBI shows, so well done. Thanks. Keep it up!
Sue

Please don’t cancel. I love it!

This is an amazing show. Look forward to its renewal!!

FBI declassified is an amazing show. Please renew for season 2.

Definitely renew. Great show as are both FBI shows..
FBI Declassified is a hit.

I truly enjoy The FBI series and I hope that there will be a second season.

Absolutely RENEW!! One of the few best shows
Left! The reality shows are obnoxious.

I can’t stand even when the people are talking sideways and the person talking keeps moving around on the screen, it’s absolutely ridiculous! In one scene the guy face changed position like 8 times!! I think this could be a good show but it’s absolutely ridiculous to have the guy looking left to start talking and then have him on the other side and just his mouth! This is the last time we will watch the program, we can’t stand this crap, we can’t stand out of focus, or not using steadycsms! We have HGTV and want the sharpest picture… Read more »