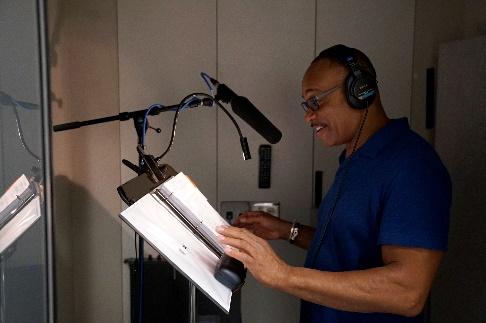 Good news, true crime fans. CBS has renewed its 48 Hours: NCIS TV show for a second season, and you don’t even have to wait long for the next installment. 48 Hours: NCIS season two premieres tomorrow, i.e. Tuesday, May 22, 2018 at 10:00pm ET/PT.

CBS News will launch a second season of 48 HOURS: NCIS, a six-part series that gives viewers unprecedented access to the dramatic and shocking cases handled by the real-life U.S. Naval Criminal Investigative Service, on Tuesday, May 22 (10:00 PM, ET/PT) on the CBS Television Network.

48 HOURS: NCIS takes viewers inside the difficult cases faced by NCIS agents, who investigate murders, track killers and use the latest technology to solve cases that once seemed unsolvable. Rocky Carroll, star of CBS’ drama series NCIS, returns to narrate the new season.

The new season of 48 HOURS: NCIS explores a range of intriguing investigations, including one that takes agents into the dark world of master and slave role-playing. Agents also reveal the techniques they used to bring to justice a serial rapist, show how they tracked a killer in the reinvestigation of a cold case, and go step-by-step into a twisted case where the victim was lured to his death by a killer in a case of mistaken identity. The series also focuses on the unique relationship between NCIS agents and local and other law enforcement agencies, as they worked together in their search of the truth.

“The NCIS agents live and breathe these complex cases,” says Susan Zirinsky, senior executive producer of 48 HOURS: NCIS. “You can hear and feel the emotion as they go through these investigations, clue-by-clue, tip-by-tip, until they can get answers for loved ones and themselves. They take these cases personally because they are investigating what led to very bad things that happened to fellow members of the military or their families, or serious crimes committed by members of the Marines or Navy.”

In the series premiere, NCIS agents detail the hunt for a serial rapist in Jacksonville, N.C., who appeared to be targeting women with military connections. Five of them were spouses of Marines and Navy personnel attached to Camp Lejeune. NCIS formed a joint task force with the Jacksonville Police Department, who were able to connect the attacks. The rapist left behind few clues, and it wasn’t until two victims were attacked on the same night that investigators were able to get their first major leads.

With the help of those two victims, the task force was able to apprehend him before he could strike again.

The United States Naval Criminal Investigative Service is responsible for investigating felony crimes, preventing terrorism and protecting secrets for the Navy and Marine Corps. The agency operates from more than 140 locations around the world and aboard every aircraft carrier and big-deck amphibious assault ship at sea.

“These agents say they speak for the victims who can’t speak for themselves,” Zirinsky says. “The agents are committed to solving these chilling, once-in-a-lifetime cases.”

What do you think? Did you enjoy the first season of the 48 Hours: NCIS TV series? Do you plan to tune in for season two on CBS? Let us know, below.

I am so happy they have brought 48 Hours: NCIS back for a second season. Love the show as I love all NCIS shows.