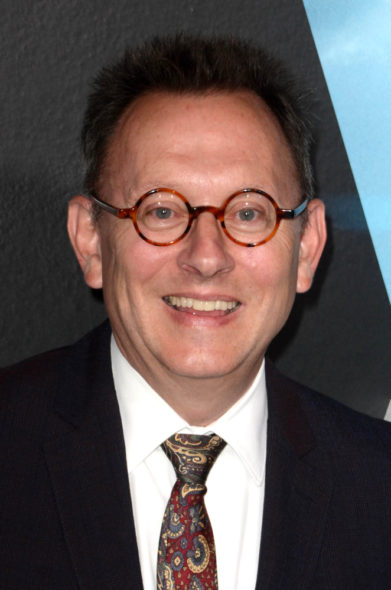 A rose by any other name would smell as sweet, but what about a different one of the same name? SundanceTV has ordered The Name of the Rose TV show. The new series is based on the 1980 Umberto Eco novel, which previously inspired the 1986 feature film starring Sean Connery and Christian Slater. .

Learn more about The Name of the Rose from this SundanceTV press release.

THE NAME OF THE ROSE, produced by 11 Marzo Film, Palomar and TMG in co-production with SundanceTV and RAI Fiction. The limited series will launch in 2019 on RAI in Italy and SundanceTV in the US, and will stream on Sundance Now in the US and Canada.

Set in Italy in 1327, THE NAME OF THE ROSE follows the Franciscan monk William of Baskerville (Turturro) and his novice Adso von Melk (Hardung) as they arrive at a secluded monastery in the Alps. There they become witnesses to a series of mysterious murders. While Baskerville and Melk investigate and search for the killer, they are hunted themselves by the merciless inquisitor Bernard Gui (Everett), who prosecutes those who criticize the pope.

Herbert L. Kloiber, Managing Director of Tele München Group and Tele München International: “We are thrilled to work with the AMC Networks family — on THE NAME OF THE ROSE. Umberto Eco’s masterpiece hasn’t lost any of its fascination since it was first published and we are very much looking forward to bringing this authentic and multi-layered vision of Eco’s unparalleled novel to audiences around the world.”

“SundanceTV and Sundance Now are proud to join Tele München Group on THE NAME OF THE ROSE, an entertaining murder mystery full of twists and turns, brought to life with first class talent in front of and behind the camera,” said Jan Diedrichsen, General Manager, SundanceTV and Sundance Now. “William of Baskerville is nothing less than a medieval Sherlock Holmes. The story is beloved because it combines the best of serialized crime drama – in the vein of SundanceTV’s TOP OF THE LAKE – with a dramatic, wildly visual setting rarely depicted on television. A smart, thrilling story, coupled with and extremely high production values, makes this project a perfect fit for our linear network and streaming service – it’s exactly what our discerning audience craves.”

Tinny Andreatta, Head of Drama at RAI Fiction says: “We are proud to be a part of such great international co-production that will bring The Name of the Rose to the global TV audience in 2019. From Umberto Eco’s best-selling novel, that sets a story of incredible contemporaneity in the Middle-Age, this project has the ability to impact the most diverse audience. With a strong Italian identity, all the while remaining extremely global. RAI Fiction is delighted to co-produce such an ambitious project of the highest quality standards with AMC Networks, TMG Group, 21 Marzo Film and Palomar: from the cast to the script and from the mise en scene to the cinematography.”

Nicola Serra, Managing Director and Partner of Palomar: “AMC Networks, and especially SUNDANCE TV and SUNDANCE NOW, are synonymous with quality, creativity and very high standards in serialised drama, which is something the public knows very well. We are excited and delighted: this is the ideal partner for our story which will surprise, astonish, amaze and entertain their audience.”

The limited series is in production in Italy. TMG’s sales unit, TM International, handles the worldwide distribution of the series.

What do you think? How do you like the sound of The Name of the Rose TV series? Do you plan to check out season one, when it premieres on SundanceTV and Sundance Now?