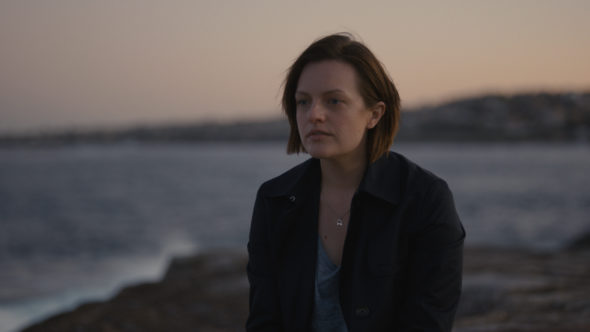 TV show description:
A mystery crime drama, the Top of the Lake TV series stars Elizabeth Moss as Detective Robin Griffin. The first season centers on the investigation into the disappearance of a pregnant 12 year old New Zealand girl named Tui Mitcham (Joe). Due to dark events in her own past, Griffin identifies with the victim’s circumstances.

The second season, subtitled “Little China Girl,” is set in Sydney Australia, four years later. Griffin partners with Constable Miranda Hilmarson (Christie), of the Sydney Police Force. When an unidentified Asian girl’s corpse washes up on Bondi Beach, Griffin and Hilmarson investigate. Although the case seems impossible at first, Griffin gets a break when she realizes someone was with “China Girl,” when she perished.

What do you think? Do you like the Top of the Lake TV series? Should this TV show be cancelled or renewed for another season on SundanceTV?

Really enjoyed Top of the Lake! Fingers crossed & hopeful there will be a season 3!

This is one of the best series I have seen in a long time (Handmaids Tale is my #1) – for me, this comes in 2nd, Ozark is #3 – please please say there is a season 3 for Top of the Lake!

Please renew with Season 3. My husband and I loved it.

I really like this series! Please renew for another season!

Love Top of the Lake. The twists and turns kept me coming back. I hope they do another season. I get so tired of the over acting and dramatization of most shows today. Top of the lake s perfectly well written directed and the actors play the characters so well . Please do a third series

I love this show! The acting, writing and directing are superb! Please do another series of this of this outstanding work.

I still check periodically to see if this excellent and unique show has been renewed for a season 3. Hopeful.

Please, please, please renew! I’m an American and I Love this show. It’s really creative and different from the shows that we have here.

I think Top of The Lake China Girl should be renewed for 2018 , it is a great show with an extrodinary cast . I haven’t even seen the show

Love Top of the Lake! When will season 3 begin?