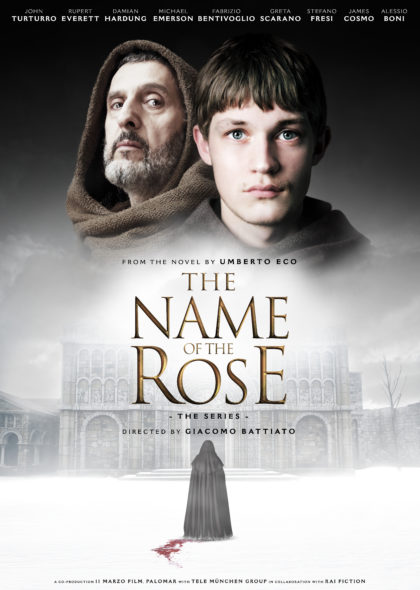 How compelling is the first season of The Name of the Rose TV show on SundanceTv? As we all know, the Nielsen ratings typically play a big role in determining whether a TV show like The Name of the Rose is cancelled or renewed for season two. Unfortunately, most of us do not live in Nielsen households. Because many viewers feel frustration when their viewing habits and opinions aren’t considered, we’d like to offer you the chance to rate all of The Name of the Rose season one episodes here.

A SundanceTV medieval detective drama, The Name of the Rose stars John Turturro, Damian Hardung, Rupert Everett, Greta Scarano, Fabrizio Bentivoglio, and Michael Emerson. Based on the 1980 Umberto Eco novel, the series unfolds in northern Italy in 1327 and centers on brilliant English Franciscan friar William of Baskerville (Turturro) and Adso of Melk (Hardung), a young novice. When the duo travels to a remote abbey for a summit, they wind up investigating the death of two monks at great risk to themselves.

I find this series fasinating with excellent acting. The sets are marvelous. Please renew this series.

I’m intrigued! Wondering how they will get out of the labyrinth alive ???