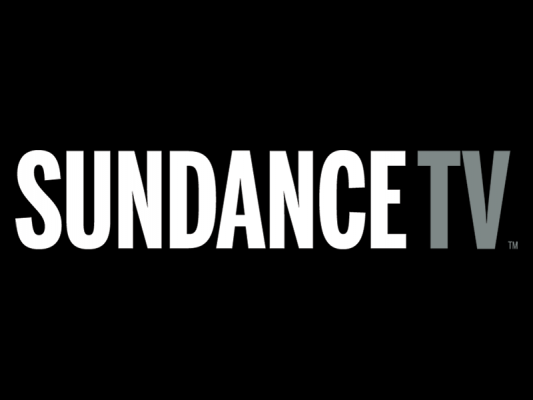 SundanceTV has an excited new summer lineup. The network just announced the premiere dates for their new TV shows: The Name of the Rose, Rosehaven, Close Up with The Hollywood Reporter, and No One Saw a Thing.

Based on the novel by Umberto Eco, The Name of the Rose (May 23rd at 10 p.m. ET/PT) “follows the Franciscan monk William of Baskerville (John Turturro) and his novice Adso von Melk (Damian Hardung) as they arrive at a secluded monastery in the Alps. There they become witnesses to a series of mysterious murders.”

And lastly, No One Saw a Thing (July 31st at 8 p.m. ET/PT) “examines an unsolved and mysterious death in the American Heartland and the corrosive effects of vigilantism in small town America.”

Read more info from SundanceTV below:

The Name of the Rose

Set in Italy in 1327, The Name of the Rose follows the Franciscan monk William of Baskerville (Turturro) and his novice Adso von Melk (Hardung) as they arrive at a secluded monastery in the Alps. There they become witnesses to a series of mysterious murders. While Baskerville and Melk investigate and search for the killer, they are hunted themselves by the merciless inquisitor Bernard Gui (Everett), who prosecutes those who criticize the pope.

Filmed in Italy, The Name of the Rose is a co-production of 11 Marzo Film, Palomar and Tele München Group in collaboration with Rai Fiction and directed by Giacomo Battiato. Producers are Matteo Levi from 11 Marzo as well as Carlo Degli Esposti and Nicola Serra from Palomar. Executive Producers are Guendalina Ponti, John Turturro and Patrizia Massa; Herbert G. Kloiber and Herbert L. Kloiber from Tele München Group as well as Michele Zatta and Marta Aceto from Rai.

Rosehaven is an A What Horse? and Guesswork Television production presented by Screen Tasmania, the Australian Broadcasting Corporation and SundanceTV.  The series is directed by Shaun Wilsonand Jonathan Brough, produced by Andrew Walker, co-produced by Fiona McConaghy and executive produced by Kevin Whyte and ABC executive producers Rick Kalowski and Brett Sleigh.

Close Up with The Hollywood Reporter

Sundance TV’s original non-fiction series Close Up with The Hollywood Reporter consists of a series of filmed roundtable panels featuring Emmy® nominees and other top stars of the year’s most buzzed-about television series, including comedy and drama actors, actresses and showrunners, hosts and producers. Guests discuss everything from their individual projects to their craft and true stories from the business. The panels will present thoughtful, informative takes on the film and television industry today.

No One Saw A Thing

A new true crime documentary series from Blumhouse Television, No One Saw A Thing examines an unsolved and mysterious death in the American Heartland and the corrosive effects of vigilantism in small town America. The case garnered international attention in the early 1980s after a resident was shot dead in front of almost 60 townspeople. These witnesses deny having seen anything, to this very day.

Award-winning Israeli filmmaker Avi Belkin (Winding, Tunnel, Elephant Graveyard, Paddle Ball) will direct and serve as executive producer of the six-episode series, which will also be executive produced by Alexandra Shiva (This Is Home, Stage Door, How to Dance in Ohio), Jason Blum, Jeremy Gold, and Marci Wiseman and co-executive produced by Mary Lisio as part of Blumhouse Television.”

What do you think? Do you watch SundanceTV? Which new series will you check out?