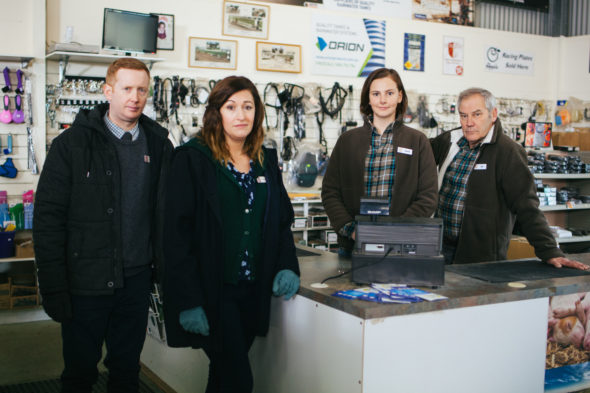 Are Daniel and Emma making the most of small town living during the third season of the Rosehaven TV show on SundanceTV? As we all know, the Nielsen ratings typically play a big role in determining whether a TV show like Rosehaven is cancelled or renewed for season four. Unfortunately, most of us do not live in Nielsen households. Because many viewers feel frustration when their viewing habits and opinions aren’t considered, we’d like to offer you the chance to rate all of the Rosehaven season three episodes here.

An Australian comedy airing on SundanceTV in the United States, Rosehaven stars creators Luke McGregor and Celia Pacquola, with Kris McQuade, Katie Robertson, David Quirk, Kim Knuckey, Noela Foxcroft, Sam Cotton, and Susie Youssef. The TV series follows Daniel McCallum (McGregor), who returns to Rosehaven, his rural Tasmanian hometown, in order to help his steamroller of a mother, Barbara (McQuade), with her real estate business. He gets quite a surprise when Emma (Pacquola), his best friend from the mainland, follows him there. Now they have to try to make a go of it, if they can hack small-town life.

What do you think? Which season three episodes of the Rosehaven TV series do you rate as wonderful, terrible, or somewhere between? Should SundanceTV cancel or renew Rosehaven for a fourth season? Don’t forget to vote, and share your thoughts, below.