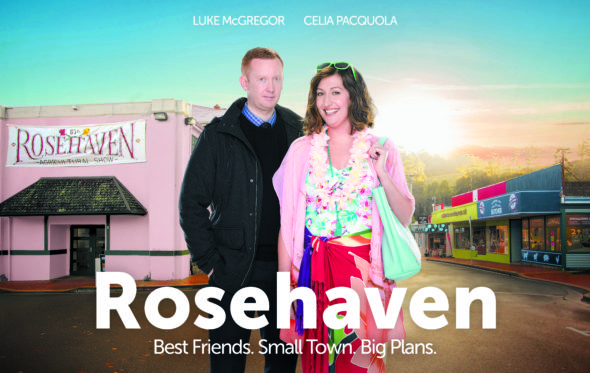 The Rosehaven TV show is an Australian production. It got its start on Australia’s ABC TV in 2016. SundanceTV then boarded as a co-producer and aired the first two seasons stateside, in the fall of 2017. Now that it is back for its long-awaited third season, will the audience still care? Will Rosehaven be cancelled or renewed for season four? Stay tuned.

A SundanceTV comedy, Rosehaven stars creators Luke McGregor and Celia Pacquola, with Kris McQuade, Katie Robertson, David Quirk, Kim Knuckey, Noela Foxcroft, Sam Cotton, and Susie Youssef. The TV series follows Daniel McCallum (McGregor), who returns to Rosehaven, his rural Tasmanian hometown, in order to help his steamroller of a mother, Barbara (McQuade), with her real estate business. He gets quite a surprise when Emma (Pacquola), his best friend from the mainland, follows him there. Now they have to try to make a go of it, if they can hack small town life.

The ratings are typically the best indication of a show’s chances of staying on the air. The higher the ratings (particularly in the 18-49 demo), the better the chances for survival. This chart will be updated as new ratings data becomes available.

What do you think? Do you like Rosehaven TV series? Should this SundanceTV show be cancelled or renewed for season four?