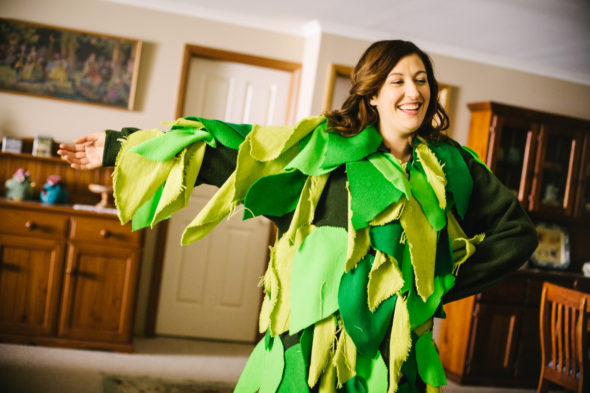 If you like to get your laughs from Down Under, we’ve got good news for you. ABC TV in Australia and SundanceTV have renewed the Rosehaven TV show for a third season, with a premiere date TBD. The comedy originally debuted in Australia, in October of 2016. In 2017, SundanceTV boarded as a co-producer for the second season, with the first two installments launching in the US, in September and October of 2017 (respectively).

SundanceTV hasn’t yet issued a press release about Rosehaven, season three renewal. The renewal first came to our attention via this ABC Australia tweet.

Check out this ABC Australia press release, which also cites SundanceTV as having renewed Rosehaven for a third season.

ABC serious about comedy with Rosehaven returning for a third series

Thursday, February 22, 2018 — ABC and SundanceTV (USA) are pleased to announce comedians Luke McGregor and Celia Pacquola will head south once again for a third series of their hit comedy Rosehaven.

Boasting a superb cast, award-winning writing and the stunning backdrop of country Tasmania, the small-town comedy series Rosehaven has been embraced by audiences in Australia and across the world. Series three finds best mates Daniel (Luke McGregor) and Emma (Celia Pacquola in her AACTA Award winning role) now firmly ensconced as bona fide real estate agents, weathering the storm of recalcitrant landlords, anxiety inducing tenants, an overbearing boss (Daniel’s mum) and a town where a 24 hour emergency butcher is considered a normal part of life. And to come will be big changes in Dan’s and Emma’s personal lives, and a real estate opportunity that threatens to divide the whole town…

“We’re very happy to be back for season 3. Will a meteorite hit the town this season? Or will it fly harmlessly overhead and none of the characters will see or reference it? Stay tuned!” say Luke and Celia.

ABC Head of Comedy Rick Kalowski said, “It’s a thrill to have one of ABC’s true jewels back for more laughs, charm and lump-in-the-throat moments in later 2018.”

A Screen Tasmania Spokesperson added, “It’s great to have Rosehaven coming back for another season and we are thrilled be a part of it. It has helped cement Tasmania’s reputation as an exceptional filming destination, with wide ranging on-screen and off-screen local talent, as well being a great place to visit.”

Rosehaven will air on ABC later in the year.

What do you think? Are you a fan of the Rosehaven TV series? Do you plan to check out season three on SundanceTV or ABC Australia? Let us know, below.

I absolutely loved every episode of all 3 seasons of Rosehaven. Really can’t get enough of Daniel and Emma and the entire cast. Such hilarious predicaments and delightful exchanges. My only hope is that there’ll be a Season 4. Will there be?

I’ve really been enjoying Rosehaven! We have Sundance on our Cable TV. To access Seasons 1 and 2, I got a free trial of Suñdance in order to see the first two seasons on Amazon Prime Video. Droll show.
Marcia Hess, CT, USA

Oh yes! I have been in Rosehaven withdrawal for months now. Please please please bring back Rosehaven. Incredibly funny, witty and much needed. I mention to anyone who will listen how they need to watch. Our world needs some reason to take some time to laugh and feel happy!!!!

Wow! Please bring back Rosehaven. It’s the funniest show since Frasier. Daniel and Emma will live in our hearts forever. SOOOO Funny, not mind-numbing and dumbed-down like many of the new shows. Please bring it back! It’s appreciated by those of us whom possess a library card.

Please Sundance TV, renew season three of Rosehaven! I cannot even express how much I love this show! Please don’t make me move to Australia to see it!

Great show, a slice of classic tv comedy satire. Thoughtful feelings in all characters with a deep background.

Best TV series in ages! Superior writing and acting, with quirky humor at every turn…

We love this endearing show and look forward to Season 3. Keep up the good programming!
We miss it when each season ends.

Endearing is the word! We love the characters in this show and want more seasons. And I want a doorbell like that!

I just want to say I love this show I’m an American and I love watching it and I’m so glad it’s coming back for season 3!!

So happy Rosehaven is returning for Season 3! I love this show!