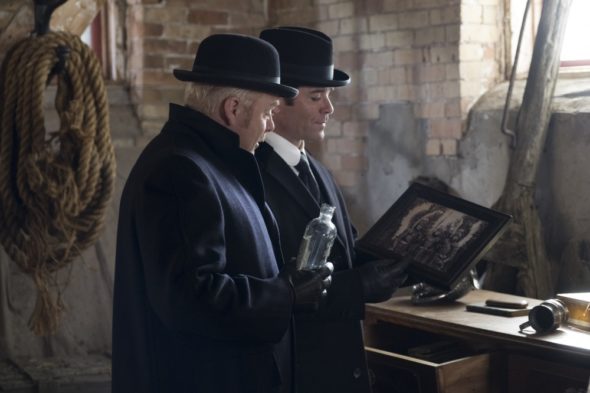 I love both shows!! The actors and actresses are GREAT. You could not have picked the right people for the parts if you tried. I CANNOT wait for a new episode each week. I still can’t decide who is my favorite character. The entire cast is sooooo good. The writers do a excellent job and you can never predict what’s going to happen or to who. I really truly enjoy the show so much, I can’t explain how much. It is like no other show on the aire right now. It seems like most of the shows and tv stations… Read more »

My wife and I love this show. I am 76 years old and I thought I could never watch a TV show that was not made jn America. Now, I don’t watch American shows at all!! I hope those networks in Canada and England continue providing such high quality shows.

I love this show. It’s well written, clever and the characters are wonderful! I hope they keep it going!

This is a great show l hope you continue the series

Love this program waiting for new episodes in Atlanta Georgia. Have been watching for several seasons

Would love to watch this again! What a great series! It can’t start too soon!

Its a great series – I really look forward to watching it every week and I am not that keen on many TV shows at all!!!! I think it mixes drama with suspense and comedy very well……….

I absolutely love this show. Very well written, keeps me on the edge of my seat. Well acted also. Wish we could have this quality program here in the states.