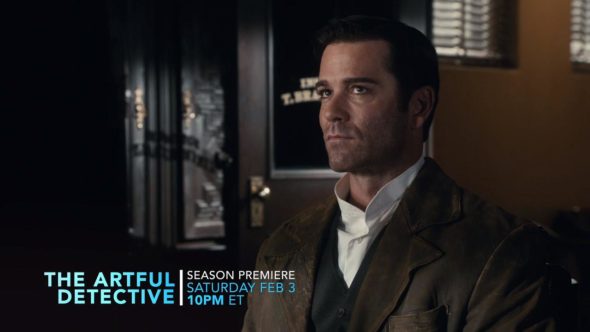 Is Detective William Murdoch still at the top of his game during the 11th season of The Artful Detective TV show on Ovation? As we all know, the Nielsen ratings typically play a big role in determining whether a TV show like The Artful Detective is cancelled or renewed for season 12. Unfortunately, most of us do not live in Nielsen households. Because many viewers feel frustration when their viewing habits and opinions aren’t considered, we’d like to offer you the chance to rate all of The Artful Detective season 11 episodes here.

This is one of the best shows on TV today. I found it by accident in the middle of season 2. I then went and found and watched the first season and the beginning of the 2 in less than 2 days have been hooked ever since. Great cast excellent writers who always put a little surprise in each episode. Look forward to seeing season 12

I am so hooked on this show, I have watched all of the episodes and It is the best show, please
do not cancel this show it is a favorite of everyone i know.