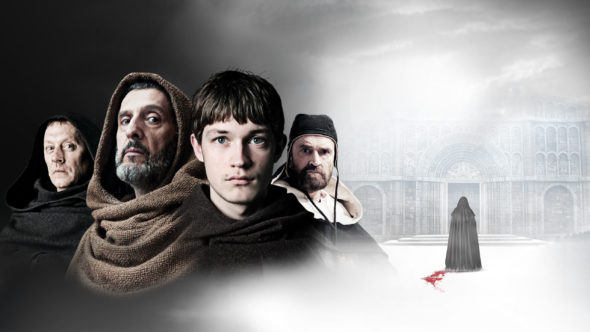 SundanceTV doesn’t have a huge slate of scripted TV series, but they tend to program with an eye toward its merit, rather than making a splash in the Nielsen ratings. Enter The Name of the Rose TV series. Based on the 1980 Umberto Eco novel of the same name, which also spawned the 1986 Sean Connnery—Christian Slater film, this show is billed as a mini-series, but is that set in stone, or could it change? Will The Name of the Rose be cancelled or renewed for season two? Stay tuned.

A SundanceTV medieval detective drama, The Name of the Rose stars John Turturro, Damian Hardung, Rupert Everett, Greta Scarano, Fabrizio Bentivoglio, and Michael Emerson. The series unfolds in northern Italy in 1327 and centers on brilliant English Franciscan friar William of Baskerville (Turturro) and Adso of Melk (Hardung), a young novice. When the duo travels to a remote abbey for a summit, they wind up investigating the death of two monks at great risk to themselves.

The ratings are typically the best indication of a show’s chances of staying on the air. The higher the ratings (particularly in the 18-49 demo), the better the chances for survival. This chart will be updated as new ratings data becomes available.

What do you think? Do you like The Name of the Rose TV series? Should this SundanceTV show be cancelled or renewed for season two?

I would very much hope for a season two. A very well acted drama with an eye to details and what seemed to me, high production values. I would love to see where the story goes next.

Excellent series. I do hope there is a season 2

More seasons from The Name of the Rose please, very good content and good actors. Congratulations for the entire Film Crew. Greetings from Belgium