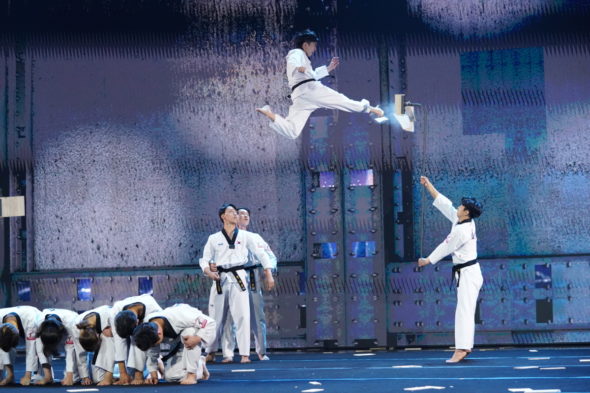 Was the world’s best good enough? Is The World’s Best TV show cancelled or renewed for a second season on CBS? The television vulture is watching all the latest TV cancellation and renewal news, so this page is the place to track the status of The World’s Best, season two. Bookmark it, or subscribe for the latest updates. Remember, the television vulture is watching your shows. Are you?

A CBS talent competition from creators Mike Darnell and Mark Burnett, The World’s Best is hosted by James Corden, with Drew Barrymore, RuPaul Charles, and Faith Hill serving as the American judges. Elite acts from around the world must impress those judges and a mega-panel of 50 international experts from every corner of the entertainment business, known as the “wall of the world.” The winner is crowned “The World’s Best” and earns a $1 million dollar prize.

Will CBS cancel or renew The World’s Best for season two? The show had a great start because it followed the Super Bowl. In it’s regular Wednesday night timeslot, the ratings have been far from impressive and in some cases, have been dismal. I think it will be cancelled and will update this page with breaking developments. Subscribe for free The World’s Best cancellation or renewal alerts.

*Update: The CBS series has been cancelled so, there won’t be a second season.

What do you think? Do you like The World’s Best TV series on CBS? Should it have been cancelled or renewed for a second season?

The show went down hill the minute Dimash and TNT Boys were out of the competition …but not only that but the messy and shadiness of the show and Ru Paul going off on Dimash. The Audacity of RuPaul to ask Dimash “How Dare Him to leave the show” – No Ru Paul….How Dare You to even speak to him like that??????

Please cancel it and gets someone with some creative talent to come up with something good and original!

Love this show and concept! #PleaseRenew