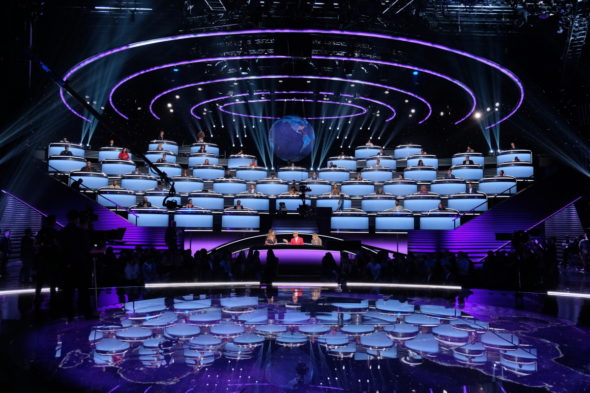 Is the first season of The World’s Best TV show on CBS the best, the worst, or just so-so? As we all know, the Nielsen ratings typically play a big role in determining whether a TV show like The World’s Best is cancelled or renewed for season two. Unfortunately, most of us do not live in Nielsen households. Because many viewers feel frustration when their viewing habits and opinions aren’t considered, we’d like to offer you the chance to rate all of The World’s Best season one episodes here. *Status update below.

A CBS talent competition from creators Mike Darnell and Mark Burnett, The World’s Best is hosted by James Corden, with Drew Barrymore, RuPaul Charles, and Faith Hill serving as the American judges. Elite acts from around the world must impress those judges and a mega-panel of 50 international experts from every corner of the entertainment business, known as the “wall of the world.” The winner is crowned “The World’s Best” and earns a $1 million dollar prize.

What do you think? Which season one episodes of The World’s Best TV series do you rate as wonderful, terrible, or somewhere between? Should CBS cancel or renew The World’s Best for a second season? Don’t forget to vote, and share your thoughts, below.

*Update: The CBS series has been cancelled so, there won’t be a second season.

Dimash is to good for this show… every other singer or Act all are Good,. but none come near the Super Incredible level of Dimash… I Love Drew… completely. Tho…I am sure the USA judges are not the right ones, for this job… I would like to see a list of Names and Countries of all the Judges… Thank You

Dimash is the highlight of the Show!