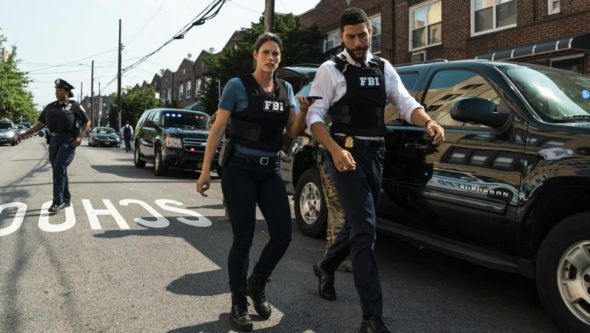 From the start, there was little doubt CBS would renew FBI. Since it debuted in September, the procedural has gone on to become the network’s most-watched new series for the 2018-19 season.

CBS also renewed two other freshman shows – Magnum PI and The Neighborhood — for the 2019-20 season. “Each of these distinctive shows has made their mark in a variety of ways,” said Kelly Kahl, President, CBS Entertainment. “Our goals this season were to introduce new series that audiences are passionate about, add more strength to a winning schedule and create more inclusive programming.” Thom Sherman, Senior Executive Vice President of Programming added, “We’re thrilled by the creative direction and performance of these three shows as they continue to grow in popularity and resonate with the Network’s viewers.”

What do you think? Do you watch FBI? Are you glad it’s coming back?

Fantastic show, so much better than fbi most wanted. Great cast. Keep bringing on the seasons to Melbourne Australia.

Loved the show and found the characters very interesting. But very disppointed in 12/10 show as favorite characters were not in it. If Maggie and OA are not central characters, I think I will not be watching it. Too bad as it started out as a very exciting new, fresh approach.

FBI is a great show! Great characters and I really like the way Maggie and OA’s partnership is evolving.

Love the show and all the cast