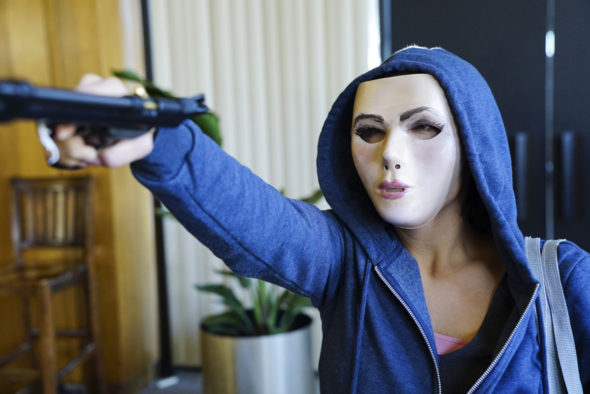 What do you think of the women during the first season of the Pink Collar Crimes TV show on CBS? As we all know, the Nielsen ratings typically play a big role in determining whether a TV show like Pink Collar Crimes is cancelled or renewed for season two. Unfortunately, most of us do not live in Nielsen households. Because many viewers feel frustration when their viewing habits and opinions aren’t considered, we’d like to offer you the chance to rate all of the Pink Collar Crimes season one episodes here. *Status update below.

A CBS true-crime series, Pink Collar Crimes is hosted by author and former prosecutor Marcia Clark. The docu-series explores a growing crime demographic — women. As PTA mothers, country-club chairs, and more, these women do not fit the profile of the usual suspects, but they’ve done the crime and the ensuing time..

What do you think? Which season one episodes of the Pink Collar Crimes TV series do you rate as wonderful, terrible, or somewhere between? Should CBS cancel or renew Pink Collar Crimes for a second season? Don’t forget to vote, and share your thoughts, below.

*Update: The series was not renewed for a second season.

Letting criminals tell their stories is a mistake. All you will get is comprehensive primer on blaming, deceptive pathos, and justification for their heinous acts. The subject in the first episode has not reformed her ways, not changed her attitude, not really taken responsibility for what she did, and (close observers will note) she probably is still abusing substances.