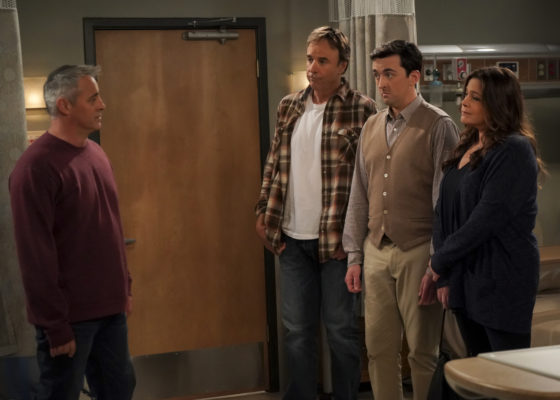 Does Adam still think he’s in charge in the fourth season of the Man with a Plan TV show on CBS? As we all know, the Nielsen ratings typically play a big role in determining whether a TV show like Man with a Plan is cancelled or renewed for season five. Unfortunately, most of us do not live in Nielsen households. Because many viewers feel frustration when their viewing habits and opinions aren’t considered, we invite you to rate all of the fourth season episodes of Man with a Plan here. *Status update below.

What do you think? Which season four episodes of the Man with a Plan TV series do you rate as wonderful, terrible, or somewhere between? Do you think that Man with a Plan should be cancelled or renewed for a fifth season on CBS? Don’t forget to vote, and share your thoughts, below.

Please Keep ‘Man With a Plan’ on! It is a funny show with a Great cast and characters! All of the cast work great together. Please Keep this show going for years to come! Please, Please…DO NOT CANCEL this TV show. Thanks! ~ Marc

Please reconsider taking this show off. I really enjoy watching it.

Man With A plan was a great comedy. The cast seemed like a real family and the comedy was hilarious and clean. Such a shame you cancelled this great show.

Barb. My husband and I look forward to this show every week. The cast is great and Matt Leblanc is fantastic in his roll. We love this show. There are so many sitcoms that either lacking humor or just plain stupid but not Man With a Plan. Please keep this show. It is one of the shows that is truly funny.

this is why they man with a plan cancelled On May 6, 2020, CBS announced that they were cancelling Man with a Plan after four seasons. While ratings for the fourth season were satisfactory, the network was reportedly looking to lower costs following the merger of CBS and Viacom that had taken place that same season.

A Harley think it’s because of cost cutting. Then if that was the case other renewal shows that they’ve had one show is so terrible but lower ratings but why did they keep it on? Work has lost and no longer is going to be watched by many people. This network is continuously play favoritism to certain of producers and actors among other things. This network is officially garbage.

This has been Matt Leblanc’s best show since Friends and Liza Snyder from Yes dear is a hoot. They make a wonderful TV show couple. And Kevin Nealon (brother) and Stacey Keach (father) are hilarious. I love the show.

I love this show! It’s the funnies show on TV, I also Love Curb your Enthusiasm!

I like this show. I hope it stays on the air.

HAPPY this show FINALLY returned…this is a good family comedy, ridiculous at times? sure, but thats what comedies are supposed to be/do, the show is well written, acted, and no forced comedy, like the terrible “broke”, i hope the network is smart enough to renew this show for 2-3 more seasons at least, its FUNNY.

We just love MAN WITH A PLAN! Sooo funny.

We are so Happy to see one of our favorite comedies come back on. Please continue it, we love it, always full of laughs. Which we sure need right now.

Should be renewed but when with the codovarius going on

I love man with a plan. This show makes you laugh. Please renew it for a season 5.