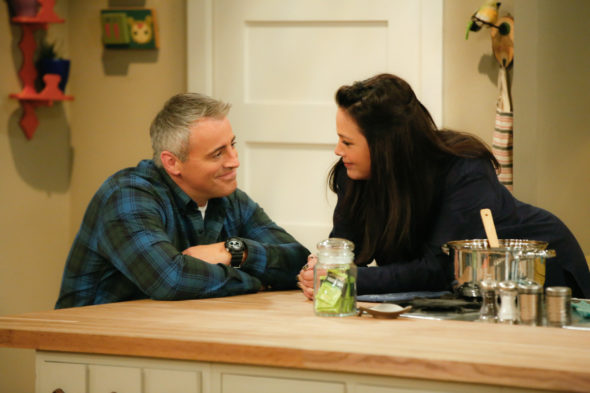 How does Adam’s plan progress during the second season of the Man with a Plan TV show on CBS? As we all know, the Nielsen ratings typically play a big role in determining whether a TV show like Man with a Plan is cancelled or renewed for season three. Unfortunately, most of us do not live in Nielsen households. Because many viewers feel frustration when their viewing habits and opinions aren’t considered, we’d like to offer you the chance to rate all the Man with a Plan season two episodes for us here.

A CBS sitcom, Man with a Plan stars Matt LeBlanc as a contractor named Adam. The cast also includes Liza Snyder, Kevin Nealon, Stacy Keach, Grace Kaufman, Matthew McCann, Hala Finley, and Matt Cook. When Adam’s wife, Andi (Snyder), returns to work, this old-school dad has to step up his home game with the kids and finds it harder than he thought possible. Meanwhile, he’s trying to run his business with his brother, Don (Nealon), and put up with bad advice from his father, Joe (Keach). Aside from Andi, Adam’s best ally is his friend, Lowell (Cook). Still, he’s determined to “nail” this job.

What do you think? Which season two episodes of the Man with a Plan TV series do you rate as well plotted, merely cobbled together, or somewhere between? Should CBS cancel or renew Man with a Plan for a third season? Don’t forget to vote, and share your thoughts, below.

*5/12/18 update: CBS has renewed their Man with a Plan TV show for a third season. Details here.

One of our very favorite shows. A clean family show–hard to find those. Love the chemistry between characters–and it’s funny! Keep it on !

Man with a plan is AWESOME!!!! The ensemble works. I have never cared for Kevin Nealon in anything, but I LOVE him in this. Stacy Keach is excellent in Man With a Plan.

We love this show! The Chemistry between Adam and Andi is hilarious! Please do not cancel!

Man With A Plan is HILARIOUS! Please keep this show!!!!!!!