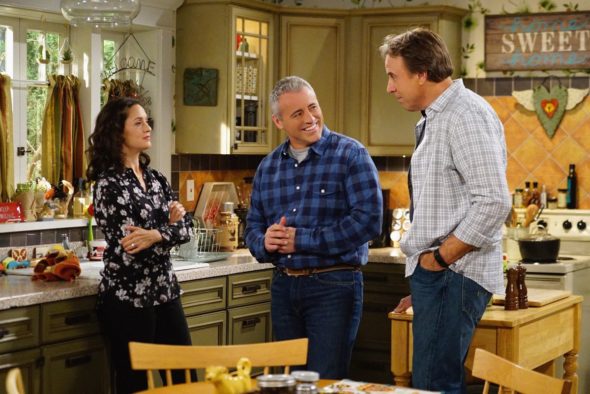 Marcy Burns is coming back to Man with a Plan in a big way. Deadline reports Kali Rocha has been upped to series regular for season three of the CBS TV show.

Season three of Man with a Plan will premiere on CBS during the 2018-19 season.

Kali is effortlessly funny. She’s always believable, yet finds a way to add comedy. When you come across someone like Kali, you don’t want to let her go.”

What do you think? Do you watch Man with a Plan? Will you watch season three?

We love Man with a Plan. I wish the series would run from Fall to Spring. Can’t get enough of this show.

This is a great show – so funny – must neve be cancelled!

Love, Love, Love this show! Please keep it on the air.

The only show that can be watched by the ENTIRE FAMILY no matter what age. This is the best show on television.

Great show one of the best on tv these days

We love the show about family. It is hilarious !!! Keep it going !!!

Yes I will be watching season 3 I just enjoy this show it is so funny and fun to watch.

Love the show the actors are very funny

I love this show! I never miss an episode!
Great humor, great cast!!!

I (everyone in my household) LOVES this show. I am almost afraid to get too attached because when we really like a show, the network ends up canceling what we like. Really makes me mad – PLEASE, PLEASE, PLEASE KEEP THIS ONE GOING!!!