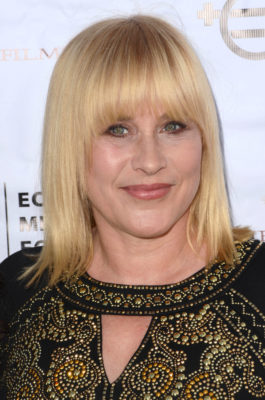 The true crime anthology “follows Gypsy Blanchard, a girl trying to escape the toxic relationship she has with her overprotective mother, Dee Dee (Arquette). Her quest for independence opens a Pandora’s box of secrets, one that ultimately leads to murder.”

Hulu has not yet announced a premiere date for The Act, but you can read more about Arquette’s character below:

To everyone around her, Arquette’s Dee Dee Blanchard appears to be the perfect mom to her wheelchair-bound daughter, Gypsy Rose. She has guided and protected her daughter through a staggering number of hardships: severe illnesses, homelessness, and hurricane Katrina. To the people in her new neighborhood in Springfield, Missouri, she’s an admirable figure. But behind closed doors, her insecurities and need for control often get the better of her…”

What do you think? Are you a fan of true crime dramas? Will you watch The Act?