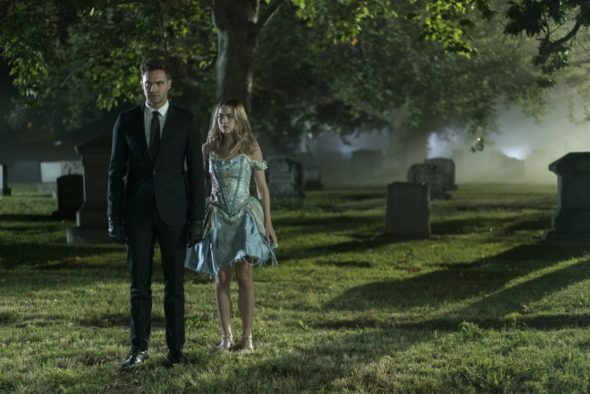 Are you ready for Hulu’s new horror series? Today, the streaming service announced details about the first two episodes of their new TV show, Into the Dark.

From produce Jason Blu, the anthology series “includes 12 super-sized episodes, with a new installment released each month inspired by a holiday and will feature Blumhouse’s signature genre/thriller spin on the story.”

Hulu will release a new episode of Into the Dark every month beginning October 5th.

Series Description: In partnership with Blumhouse Television, Into The Dark is a horror event series from prolific, award-winning producer, Jason Blum’s independent TV studio. The series includes 12 super-sized episodes, with a new installment released each month inspired by a holiday and will feature Blumhouse’s signature genre/thriller spin on the story.

Synopsis: A sophisticated hitman with a cynical view on modern society finds his work made more difficult when he has to transport a body on Halloween night, but everyone is enamored by what they think is his killer costume.

Synopsis: Kimberly, a teenager suffering from agoraphobia, has not left the house since her mother’s murder, which remains unsolved. While under the care of her doting father on the eve of Thanksgiving, Kimberly begins to suspect that she is in danger, and that it’s always the ones you love that hurt you the most.”

What do you think? Are you a fan of horror? Will you watch Into the Dark?