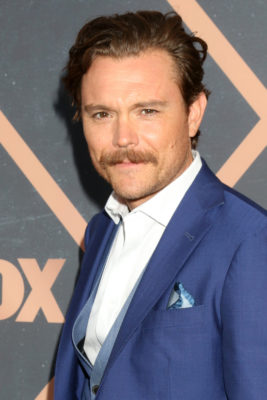 It looks like Clayne Crawford is getting a second chance. TVLine reports the Lethal Weapon star has joined Hulu’s new TV show, Into the Dark.

The horror anthology series consists of 12 feature-length episodes that each focus on a monthly holiday.

Crawford’s Father’s Day-themed episode of Into the Dark is titled “They Come Knocking” and will see the actor “playing a recent widower who takes his two daughters on a road trip where he finds his family in the crosshairs of terrifying supernatural entities.” Josephine Langsford, Robyn Lively, Lia McHugh, and Dwight Hicks also star.

Hulu has not yet announced a premiere date for Crawford’s episode of Into the Dark but new episodes are typically released on the first Friday of each month.

What do you think? Are you a fan of horror? Will you watch Into the Dark?

Nope, won’t be watching this series. Not interested in the horror genre. I don’t care who’s in it.

Glad he’s back on the small screen. His ex partner really has the show all messed up his character went way down !!claynes replacement is almost as crazy as he was with his x cia days But the show dosent have the same chemistry or interest

I am a Clayne Crawford fan and I am glad he is returning to TV. I hope more opportunities open up for him.

I agrer he never should have been fired from Lerhal Weapon

Into the Dark has aired 6 episodes already.

Great news! Clayne shouldn’t have been made to leave Lethal Weapon in the first place. Hadn’t watched the show since.

He attacked his co-star, but…sure Fox is the problem.