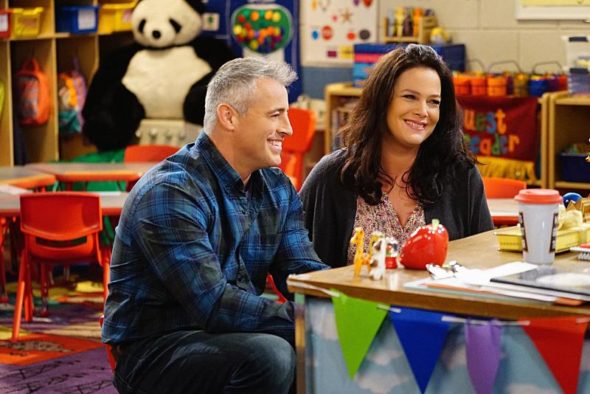 Man with a Plan has some big news. Recently, CBS revealed production has begun on season two of the Matt LeBlanc TV show.

Season two of Man with a Plan is slated to debut on CBS in early 2018.

Check out the new season announcements below:

The cast of #ManWithAPlan is on set and gearing up for Season 2! See what they've been up to: https://t.co/j6J2tUCIlj pic.twitter.com/udwYn9TWnF

What do you think? Are you a fan of Man with a Plan? Are you excited for the new season?

Originally, this was supposed to premiere during mid-season, but now is premiering in mid-November… Does that mean a full-season order is possible?

Love the approach to some real life parenting issues and their funny eye of handling children. Many methods might seem harsh to the younger generation, however many of us had parents that said it like it was, but easing up to a better level for today’s children.

What took so long to bring this show back? I love this show! Love seeing Matt Leblanc on TV again. This was my favorite show from last season. Can’t wait to see you again.

I don’t know what took CBS so long to bring this show back, when most of the new episodes of tv shows premiered in Sept & Oct. Are they setting this show up for failure? This is one of the funniest shows on tv.

Kevin Can Wait a program was and still is a mess was cbs main concern. Why they waited and protected kcw and didn’t make mwp shows how broken cbs is.

I think this show is funnier than Kevin can wait. That’s why I don’t understand why kevin can wait came back first.

I know. I like this show too. I can’t believe Kevin Can Wait got renewed. And I really can’t believe that Moms is still on the air! Ugh! Thank goodness it’s football season

Great news. I was so afraid CBS was going to cancel this great show?

I LOVE this series! Makes me laugh a BUNCH!

I love this show, happy to see it’s coming back!!

This is one of the best shows om TV – you finally made a great decision to bring it back!!!