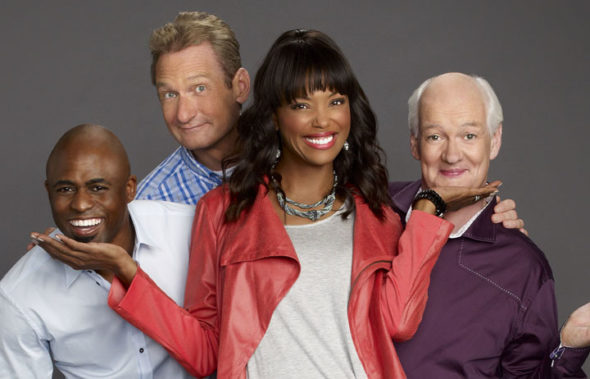 It doesn’t look like Whose Line Is It Anyway? is leaving anytime soon. Recently, cast member Colin Mochrie revealed the CW series has been renewed for season 14. This will be the sixth season for the show on The CW. The improv series ran for eight seasons on ABC, from 1998 until 2007.

After that long run on ABC, The CW revived the improv comedy show in 2013. The revival is hosted by Aisha Tyler and the regular cast includes Mochrie, Ryan Stiles, and Wayne Brady.

On Twitter, Mochrie announced The CW has renewed Whose Line Is It Anyway? for a 14th season. The network has yet to officially confirm the renewal.

Check out Mochrie’s announcement below:

Good News Monday! Whose Line renewed and I'm on @CBCMurdoch tonight… and I found my keys!

What do you think? Do you watch Whose Line Is It Anyway? Are you glad it’s been renewed?

I’ve been a fan forever. I’m addicted. I laugh so hard that it hurts. On the UP channel, I watch all night. I tell my friends that if they are going through a stressful time to watch WLIIA. The BEST ever! So thankful for your talent. Yay!

Love it seems to get funnier every year. Love how Aisha joins in on the clowning