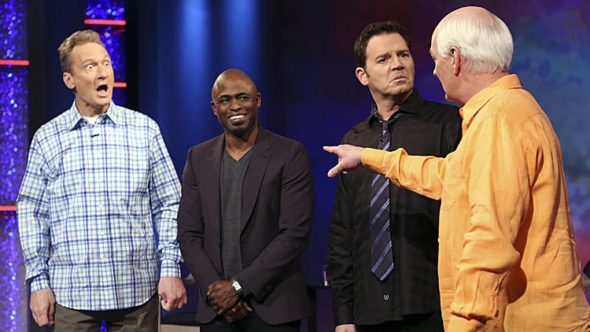 Whose Line Is It Anyway? is coming back! The CW just announced they’ve renewed the TV show for a 15th season.

A comedy improv series, Whose Line Is it Anyway? is hosted by Aisha Tyler. In each episode Ryan Stiles, Wayne Brady, and Colin Mochrie improvise, along with a guest comedian. The cast tests their comedic reflexes by participating in improvisational games. At the end of each round, Tyler awards points for their work, and the points don’t count. Guests in season 14 included Grace Byers, Jeff Davis, Ross Matthews, and Andrea Navedo.

Today, The CW announced that series Burden of Truth, The Outpost, Masters of Illusion, and Penn & Teller: Fool Us will also be returning in Summer 2019.

What do you think? Are you a fan of Whose Line Is It Anyway?  Are you glad it’s coming back?

The show is hilarious and I hope it will be go on for ever. We need that type of light humor in our world today. So glad it came back!

Love, love, love Whose Line Is It Anyway!

is whose line anyway? going for a 16 season?

Whose line is my favorite show! I have watched it from the time it came on tv, and I miss it badly! Love Aisha! Best comedy show EVER!!!

I love whose line is it anyway. I love the way they make stuff up! It is a fantastic show! And the points don’t matter!!!!!

Very good show One of the better ones on tv