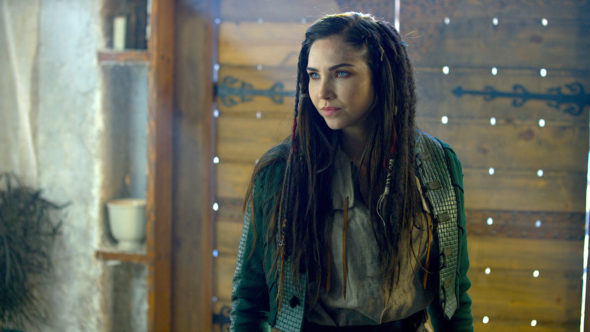 Talon’s fight will continue. The CW has announced that The Outpost TV show has been renewed for a second season. The network hasn’t announced a premiere date yet but season two is expected to air during Summer 2019.

A fantasy drama from creators Jason Faller and Kynan Griffin, The Outpost stars Jessica Green, Jake Stormoen, Anand Desai-Barochia, Imogen Waterhouse, Michael Flynn, Robyn Malcolm, Andrew Howard, and Philip Brodie. The supernatural TV series centers on Talon (Green), the lone survivor of the “Blackbloods” race. When she was still a child, a ruthless mercenary gang slaughtered her entire village. Now that she has come of age, Talon decides to track her family’s murderers, all the way to a harsh and unruly fortress, at the edge of civilization. Along the way, she discovers she has a mysterious power, but she has to learn to keep it in check, if she’s going to save herself and the world.

The first season of The Outpost launched on July 10th of this year and wrapped last Tuesday, October 2nd. The 10 episodes ended up averaging a 0.14 rating in the 18-49 demographic with 628,000 viewers. It was one of the network’s lowest-rated summer offerings but The CW licenses the series for broadcast in the United States so the channel’s costs are also lower. The Outpost airs on Syfy channels in other parts of the world.

Today, The CW announced that series Burden of Truth, Masters of Illusion, Penn & Teller: Fool Us, and Whose Line Is It Anyway? will also be returning in Summer 2019.

What do you think? Did you watch the first season of The Outpost TV show? Are you glad that it’s returning for a second season?

Where was season one of this show? Most of the shows I record are on the cw and I have never heard of it before. It’s not played at the beginning or the end of any of my programs and I have never seen a commercial, preview, or promo for this show. There is also no mention of it on the cw app. If you want a show to succeed try letting people know it exists.

So glad Season two of The Outpost is back. However, after only 3 episodes it has disappeared. Does anyone know happened? I had the series set to record, but it is not showing.

I am thrilled that there will be a season 2 for The Outpost. I love Jessica Green and the show

I love this program, please keep making new series. The characters are so good

We loved this show. Anybody have an actual date when it will air again?