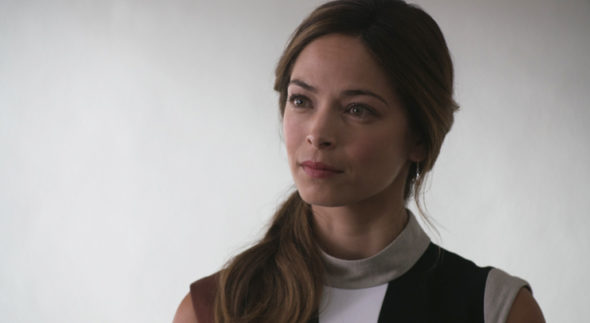 There’s more truth to come. The CW has announced that they’ve picked up a second season of the Burden of Truth TV show. Season two of the legal drama is expected to air Summer 2019.

From creator Brad Simpson, Burden of Truth stars Kristin Kreuk, Peter Mooney, Alex Carter, Star Slade, Benjamin Ayres, Nicola Correia-Damude, Meegwun Fairbrother, and Sara Thompson. The serial centers on attorney Joanna Hanley (Kreuk), who walked away from her partnership at a corporate law firm in order to figure out why a mysterious illness is afflicting high school girls from her hometown. Back in Millwood, Manitoba, on the Canadian prairie, Joanna joins forces with her old high school foe, Billy Crawford (Mooney), who is now a local attorney. While she’s trying to get to the truth of what’s happening to these girls, she must also face why her family fled the town, years ago.

Premiering on July 25th, Burden of Truth ran for 10 installments. The finale aired on October 3rd and the season ended up averaging a 0.14 rating in the 18-49 demographic with 723,000 viewers. It was an unimpressive run for the drama series as one of the lowest-rated series on the network this summer.

Still, it seemed likely that The CW would air season two since the show was renewed north of the border in April 2018. The Burden of Truth series is produced for CBC in Canada so it is cheaper for the U.S. channel to run.

Today, The CW announced that series Masters of Illusion, The Outpost, Penn & Teller: Fool Us, and Whose Line Is It Anyway? will also be returning in Summer 2019.

What do you think? Did you enjoy watching the first season of the Burden of Truth TV show? Will you be watching season two of this legal drama?

I love this show! So glad it is renewed this summer. Thank you for putting out a wholesome show with mystery.

I didn’t watch it right away since it’s not in my usual realm of TV shows, but once I started to watch it, it really catches your attention, and you feel for the characters…

Loved Burden of Truth!!! So glad it was picked back up for a season 2 since there were so many unanswered questions. A refreshing change from the usual lineup on the CW

An excellent show and will be glad to see it’s return.

I loved the burden of truth….. It was very exciting…. I am only sorry that my iPad messed up and I lost the final episode 10. JAC