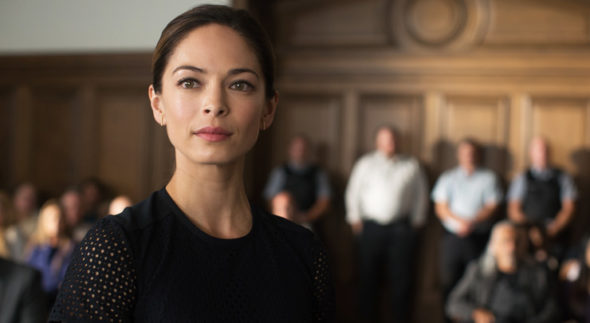 There’s order in the court — a season order, that is. Deadline reports that The CW has picked up the third season of the Burden of Truth TV show.

The investigative legal drama originates on CBC in Canada and that network renewed Burden of Truth for a third season of eight episodes in late March. Production will begin this summer in Winnipeg, Manitoba. It’s expected that season three will air next summer on The CW.

The eight episodes of season two aired in Canada from January 9th until February 27th of this year. The second season of Burden of Truth debuts on The CW this Sunday, June 2nd, at 8 PM.

What do you think? Do you like the Burden of Truth TV show? Are you glad that it’s been renewed for a third season? Will you be watching season two?

Great Show. Glad it’s been renewed for 3rd season. Would like to find season 1 to watch it again

YES!!! I loved this show! The acting from Kristin and everyone was stellar!! I was drawn in from the very first episode and this proves that sex does not have to be the main draw for viewers to watch a series!! Superb to everyone involved!!! Keep this on for as many seasons as possible, good shows are hard to come by, LOL!!!

Love show Do not cancell

I originally expected this show to last one season because it seemed to wrap things up well at the end.

To my surprise and delight, they not only came up with something new but also maintained links to the first season.

So I am pleased to see another season.