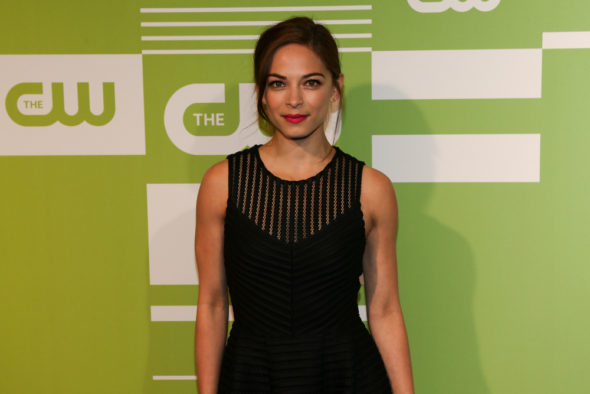 A familiar face is returning to The CW. Today, the network announced Smallville star Kristin Kreuk’s new TV show Burden of Truth will premiere this summer.

The Canadian drama stars Kreuk “as a big city lawyer who returns to her hometown to take on what she thinks is a simple case, only to find herself in a fight for justice for a group of sick girls.” The cast also includes Peter Mooney, Alex Carter, Benjamin Ayres, Nicola Correia-Damude, and Meegwun Fairbrother.

Burden of Truth premieres on The CW this summer. You can read more info below:

April 5, 2018 (Burbank, CA) – The CW Network has acquired the new ten-episode legal drama BURDEN OF TRUTH from Entertainment One (eOne), making it the latest addition to the network’s growing lineup of original programming for Summer 2018. The series premiere date and time will be announced at a later time.

In addition to BURDEN OF TRUTH, The CW’s lineup of original, first-run summer series will include the new fantasy/adventure series THE OUTPOST, new seasons of WHOSE LINE IS IT ANYWAY?, PENN & TELLER: FOOL US, and MASTERS OF ILLUSION, and new episodes of SUPERGIRL, THE 100, LIFE SENTENCE and the final season of THE ORIGINALS.

BURDEN OF TRUTH stars Kristin Kreuk (“Smallville,” “Beauty And The Beast”) as a big city lawyer who returns to her hometown to take on what she thinks is a simple case, only to find herself in a fight for justice for a group of sick girls. BURDEN OF TRUTH also stars Peter Mooney (“Rookie Blue”), Alex Carter (“NCIS”), Benjamin Ayres (“Saving Hope”), Nicola Correia-Damude (“Shadowhunters: The Mortal Instruments”), Meegwun Fairbrother (“Hemlock Grove”) and newcomer Star Slade.

BURDEN OF TRUTH is produced by ICF Films, eOne, and Eagle Vision. The series is created by Brad Simpson (“Rookie Blue,” “King”) and is executive produced by Kristin Kreuk, Ilana Frank (“The Eleventh Hour,” “Saving Hope,” “Rookie Blue”), Linda Pope (“Saving Hope,” “Rookie Blue”), and Jocelyn Hamilton (“Mary Kills People,” “Cardinal”). BURDEN OF TRUTH is produced with the participation of the Canada Media Fund and Manitoba Film and Music, and with the assistance of the Government of Manitoba – Manitoba Film & Video Production Tax Credit, and the Canadian Film or Video Production Tax Credit. eOne controls worldwide rights to the series.”

What do you think? Are you a fan of Smallville? Will you watch Burden of Truth?

This might be the 1st show ever cancelled by the first commercial.