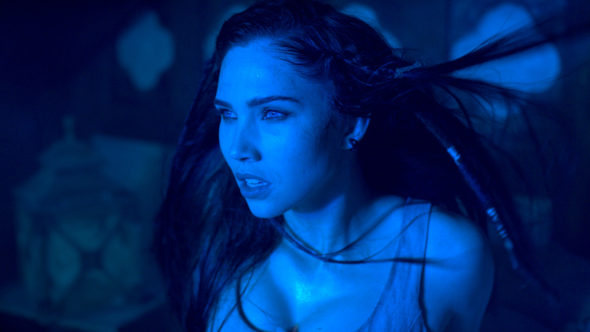 TV show description:
From creators Jason Faller and Kynan Griffin, The Outpost TV show is a fantasy drama. The series centers on Talon (Green), the lone survivor of the “Blackbloods” race.

When she was still a child, a ruthless mercenary gang slaughtered Talon’s entire village. Now that she has come of age, Talon decides to track her family’s murderers.

After she sets out for a harsh and unruly fortress, at the edge of civilization, Talon discovers she has a mysterious supernatural power. Now she has to learn to keep it in check, for her own sake, as she fights to save the world from a fanatical religious dictator.

Series Finale:
Episode #49 — Nothing Lasts Forever
Talon and her friends battle against the gods. Janzo, Wren, and Munt fight to save the Kahvi. A ruler is crowned.
First aired: October 7, 2021.

What do you think? Do you like The Outpost TV series? Should this CW TV show have been cancelled or renewed for a fourth season?

Thank you for giving our heroes a happy ending. Will miss them.

It awesome show don’t take it off

Love this show . Gets better every week

One of the best shows I’ve seen in a long time. Keeps getting better and better.