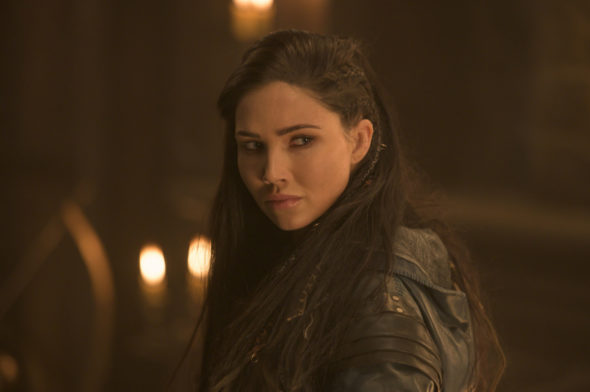 Talon’s fight is nearly over. The CW has cancelled The Outpost TV series so it won’t have a fourth season (or a fifth season, depending on your numbering preference). The series finale airs on October 7th.

An adventure-fantasy drama series, The Outpost stars Jessica Green, Jake Stormoen, Imogen Waterhouse, Anand Desai-Barochia, Aaron Fontaine, Adam Johnson, Izuka Hoyle, and Jaye Griffiths. The story centers on Talon (Green), the lone survivor of the “Blackbloods” race. When she was still a child, a ruthless mercenary gang slaughtered her entire village. Now that she has come of age, Talon has come into a mysterious power. In season three, Talon finds herself betrayed by her own kind, after summoning Zed and his Blackblood comrades to save the Outpost. She struggles to reconcile her human friends and her heritage.

The cancellation doesn’t exactly come as a surprise. Here’s why. The network ordered 13 additional episodes for the third season prior to season three’s October 2020 launch. The CW then split up the third season into two parts with a six-month break. The second batch premiering in July.

If the show had had a chance of being renewed for an actual fourth season, the network would have made an effort for everyone to be on the same page about the numbering. It seems likely that, when the final 13 episodes were ordered, it had already been decided that they would end the show. 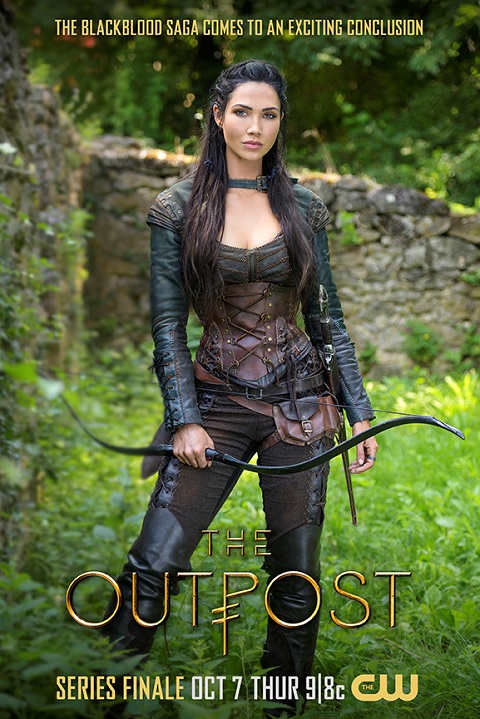 Check out our CW status sheet to track the smallest network’s new series pickups, renewals, and cancellations. You can find lists of cancelled shows here.
What do you think? Have you watched The Outpost TV series? Are you sorry that this CW TV show has been cancelled?

This was a great show and was hoping it would come back on this year after covid. Very sad !

I love this show. So mad to see that it ended. Please bring it back.

Loved this show. Sorry to see it end. Hopefully more shows like this are made. Wonderful cast and stories.

I loved that show it was a good show like why??? bring it back !!!! cw good shows are going like arrow or supergirl, the orginals… ect its sad honestly the outpost may have been new but it was orginal there nothing like it.

Loved it ! Pissed off that it was cancelled. Love Jessica Green !

Why do really good shows like this ,always get cancelled.