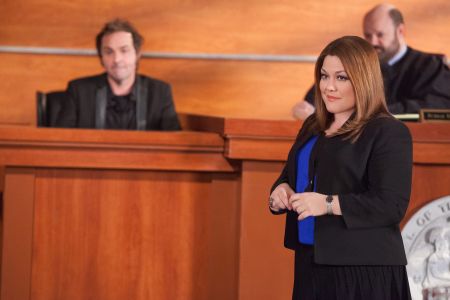 Drop Dead Diva fans take note. CBS is developing a reboot of the dramedy with a gender swap in play. The original series aired 2006-14 on Lifetime and stars Brooke Elliott with Margaret Cho, April Bowlby, Kate Levering, Jackson Hurst, Josh Stamberg, Ben Feldman, Lex Medlin, Carter MacIntyre, and Justin Deeley. The show follows a vapid aspiring model who’s killed in a car accident and her soul is transferred into the body of a recently deceased lawyer.

“In Drop Dead Dave, written by Berman and to be directed by Babbit, when shallow, entitled, Gen Z lawyer Dave dies in a freak accident, his soul is transferred into the body of Rita, a successful but complicated Gen X attorney, forcing Dave to live as a woman and navigate an entirely new perspective on life, love and identity.”

If it makes it to air, the series will tackle sexual politics and gender identity. A cast for the possible series will be announced at a later date.

Ugh they should leave it alone

Loved DDD! I’d would definitely give this reboot/remix a look!

I loved Drop Dead Diva. I will definitely be watching the reboot.

There is no replacing Drop Dead Diva. I cried when it was cancelled.

Drop Deas Diva was one of my favorite shows. Was very upset it went off the air. Will definitely watch Drop Dead Dave.

I would so watch it! I loved drop dead diva and wish it was back!

I would definitely watch I saw every episode!