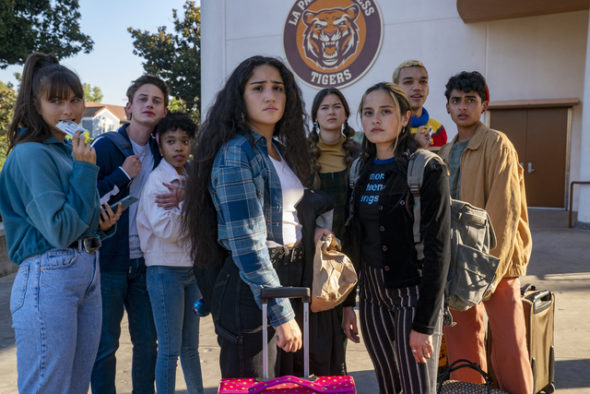 Will this series get a sophomore year? Has the Generation TV show been cancelled or renewed for a second season on HBO Max? The television vulture is watching all the latest cancellation and renewal news, so this page is the place to track the status of Generation, season two. Bookmark it, or subscribe for the latest updates. Remember, the television vulture is watching your shows. Are you?

Unless they decide to publicize viewership, it is difficult to predict whether HBO Max will cancel or renew Generation for season two. Since HBO Max isn’t ad-supported, it can take a chance on series it believes in and stories that need telling, but sooner or later it comes down to production costs, versus viewership numbers. I suspect that it will be renewed but that’s just my gut feeling. I’ll keep my ears open and an eye out for news, and will update this page with breaking developments. Subscribe for free alerts on Generation cancellation or renewal news.

9/16/21 update: Generation has been cancelled by HBO Max.

What do you think? Were you hoping that the Generation TV show would be renewed for a second season? Are you sorry that HBO Max cancelled this TV series, instead?

Generation deserves a continuation. That show is wonderful. Commenting from Nigeria

Anything with the incredible martha plimpton deserves a renewal. Great cast (for the most part) but Chester and megan definitely are the highlights

GENERATION DESERVES A SEASON 2!!!!! it is authentically qu33r and authentically what the f high schoolers GO THROUGH!!!!!! If Love Victor, which completely misunderstands queerness, is getting renewed for a third season, Generation deserves a second season.

This is by far the worst show I have ever seen. My girlfriend made me watch the series and thank god it’s finally over. Horrendous story, lousy characters, plus ever male figure was weak and buffonish. The show was also a huge downer. Every person was miserable and phony plus what’s with the positive talk about socialism? Socialism has failed every time and has resulted in millions dead. It’s an evil philosophy so why is the show promoting it? Bottom Line: This show portrays high schools kids as miserable, ignorant, and irresponsible. Case in point one girl has a baby… Read more »

I hope with all my strength that this show gets renewed because I’ve never felt so seen on screen before, nor invested in a show to the point of actively fighting for its renewal. It’s the first show ever (in my opinion) to showcase diverse and q ueer storylines in a positive, truthful and hopeful way. It’s intelligent, raw, real, vulnerable, funny and sad, and packed with amazing character arcs. The performances are jaw dropping and gets us hooked for more. Zelda Barnz started writing this at 17? Like what? It’s made by q ueer people for q ueer audiences,… Read more »

The very first teen drama featuring actual teens, not 27 year olds playing kids. I love it. It’s fabulous. The more acceptance of different lifestyles that are shown on tv the better for us all.

This show is so well done and the all the actors are so natural, genuine and engaging. This type of show is something that this younger generation needs and can certainly relate to. Looking forward to more seasons!

I really do hope they make another season of “Generation” because it makes you want to keep watching!! I watched the first season in a day in a half And was so upset when it ended and if HBO max decides to cancel this tv show I’d be heartless! What makes me love this show so much is that how everyone is together when they need each other not matter what! It reminds me of a high school experience, I would have liked to experience something similar! My high school experience was getting high on a rusty couch in a… Read more »