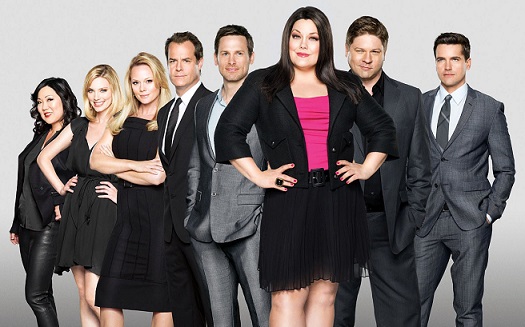 Last year, Lifetime cancelled Drop Dead Diva because the ratings weren’t high enough. Thanks to a special deal, the cable channel later decided to purchase a fifth season. Will the numbers justify a sixth season or will it be cancelled again? We shall see.

Below are the TV show’s ratings for the fifth season. These figures will be updated as the weeks progress so you can watch how it’s doing.

UPDATE: Lifetime has renewed the show for a sixth season of 13 episodes.

What do you think? Do you still like the Drop Dead Diva TV series? Do you think it should be cancelled or renewed for a sixth season?

This is a great show and I look forward to seeing it every Sunday night!! I was horrified when it was cancelled before and elated when it came back. Please stop toying with the fan’s emotions like this and put it back on the air!! I LOVE THIS SHOW!!

I love it please don’t cancel the show!!!!