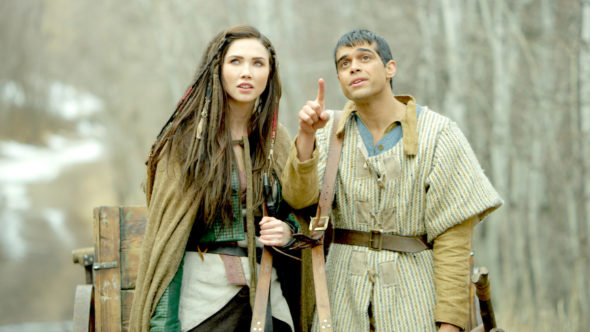 The Outpost is premiering its third season later tonight on The CW, but fans of the sci-fi series now know it is not going anywhere anytime soon. An additional 13 episodes have been ordered for the series but, is this a fourth season renewal?

The Outpost follows Talon (Jessica Green), the lone survivor of a race called the ‘Blackbloods’ who must learn how to handle her own supernatural powers. She travels with her friend and tries to ally with a queen in a battle against a dictator. Jake Stormoen, Anand Desai-Barochia, Imogen Waterhouse, Robyn Malcolm, and Andrew Howard also star on the sci-fi series.

There seems to be some confusion over whether the new 13 episode order is for a fourth season. Deadline reports that Desai-Barochia has been promoted to associate producer for the fourth season of the series. but, that The CW considers the just-ordered 13 episodes as part of the third season. That will bring the third season tally to 26 episodes and the season will very likely be split into two parts.

The cast and crew of The Outpost completed filming the original 13 episode order for season three last month in Serbia. According to Stormoen, who held a video chat (below) with fans late last month, they expect to be in Serbia filming the new episode order until early 2021. Stormoen unofficially referred to the new order as “season four” so the CW’s third season distinction seems to be a little confusing.

What do you think? Are you a fan of The Outpost on The CW? Do you plan to watch the premiere of season three later tonight?

Love the show give me more of it

I love this series, and as long as the producers don’t meddle and reduce it to garbage, I’m a fan till the end!