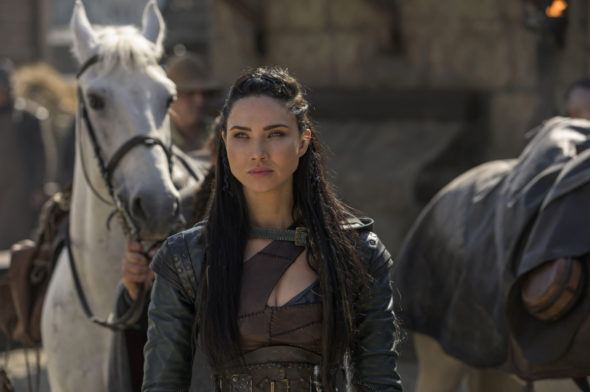 The Outpost will soon be on the move. The fantasy series is switching nights after the November 12th airing. The CW series will start airing on Sunday nights at 9 pm on November 22nd. The move may be an attempt to help draw viewers to the network’s struggling Pandora series which already airs on Sundays.

The network released the following details for the Sunday, November 22nd, episode of The Outpost in a press release:

What do you think? Are you a fan of The Outpost on The CW? Will you follow the series to Sunday nights?

This is the only show i looked forward to each sunday. Last sunday the football games were on and i may have missed it i could not find it recorded and couldnt find it listed for following sunday. Why not? I will be very unhappy if its cancelled and if i was asked to give a rating put me down for highest rating. I am 77 and hard to please.

My son and i love this show. I started watching it when the show in the dark had went off for making new episode for in the dark got hooked on the outpost. My son is 11years old said mom this show is so cool i like janso attitude. Lol. Keep it on doesnt matter if its Thursday or sunday its a good show

I absolutely love this show.Jessica is so good as Talon.This show has gotten so much better and watching it is definitely a great experience.No matter what night it is on-I will definitely keep watching it!The Outpost could be moved to the moon and I’d keep watching it.It’s a very good show!!

Yes. I will continue watching no matter the scheduled night.

I am a big fan of the Outpost and it’s really gotten entertaining .

Love the show so far! I have to record 3 shows to get the whole show due to ballgames! Appreciate the move.

Good series dont over complicate it. Focus on the characters not how much you can cram in

It is a great series leaving me exited for the next episode. May the Outpost reign on for several seasons!

I pray and hope that CW will renewal the show for 4 seasons because it is a classic series.

Yes I will follow the outpost to Sunday. I’ts a very good show and I hope it runs for years to come.