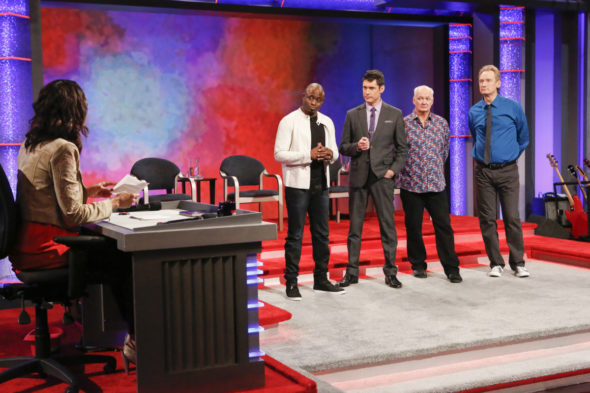 A comedy series on The CW, Whose Line Is It Anyway? is hosted by Aisha Tyler and each episode typically features Ryan Stiles, Wayne Brady, Colin Mochrie, and a guest performer. The foursome tests their comedic reflexes by participating in a series of spontaneous improv games. After each round, Aisha will dole out points to the performers and declare a winner at the end of every episode (not that the points matter). Guests in season 17 (the ninth on The CW) include Jeff Davis, Jonathan Mangum, and Gary Anthony Williams.

One of the most awesome TV programs ever. I receive ALL of the seasons on CW Seed via ROKU and I loop the shows on a continuous basis

Who’s Line Is It Anyway is halarious, entertaining and the skill they each have is amazing!

For me the show is akin to “Calgon take me away!” I get to travel to an alternate reality where laughing out loud is encouraged.

I think it’s funny. I enjoy this show.