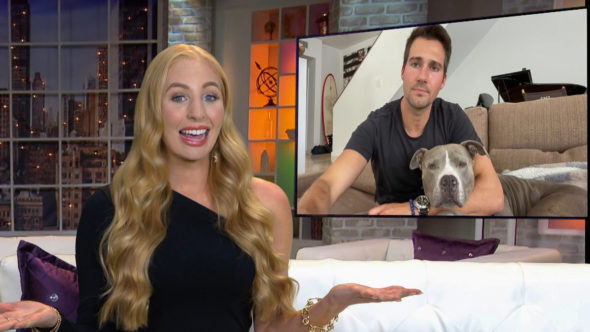 Is there room for another “funniest home video” series? Has the World’s Funniest Animals TV show been cancelled or renewed for a second season on The CW? The television vulture is watching all the latest cancellation and renewal news, so this page is the place to track the status of World’s Funniest Animals, season two. Bookmark it, or subscribe for the latest updates. Remember, the television vulture is watching your shows. Are you?

Airing on The CW television network, the World’s Funniest Animals TV show takes a look at the world of animals as these pets — and sometimes, their owners — do funny things that are caught on video. The series includes viral Internet clips of funny animal moments, humorous animal clips from big-budget movies and favorite TV series, unexpected outtakes, videos of babies and their four-legged friends, as well as celebrities and their pets. Host Elizabeth Stanton introduces the clips, along with a panel of celebrity guests. In season one, they include Dee Wallace, Tom Arnold, Natalie Lander, James Maslow, Brittany Underwood, Murray SawChuck, Maiara Walsh, Mikalah Gordon, Brian Cooper, Brandon Rogers, Noah Matthews, Carmen Hodgson, and Neel Ghosh.

12/8/20 update: World’s Funniest Animals has been renewed for a second season.

What do you think? Are you glad that the World’s Funniest Animals TV show has been renewed for a second season? How would you feel if The CW had cancelled this TV series, instead?

Love the show but cannot hear dialog because the background music is so loud. Turn down volume

I still hope that CW will renewal World funniest animal for the second season.