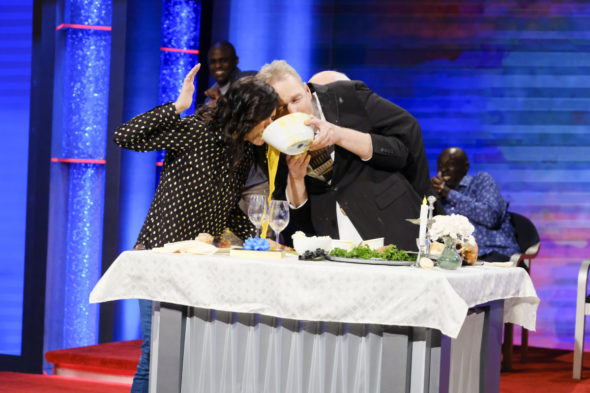 A CW improv comedy series hosted by Aisha Tyler, Whose Line Is It Anyway? features Ryan Stiles, Wayne Brady, and Colin Mochrie improvising, along with a guest comedian in each episode. The cast tests their comedic acumen by participating in improvisational games. At the end of each round, Tyler awards points for their work, and the points don’t count. Guests in season 14 include Grace Byers, Jeff Davis, Ross Matthews, and Andrea Navedo.

make you feel like your a part of them good funny jokes skits we all could use a good laugh thses days .