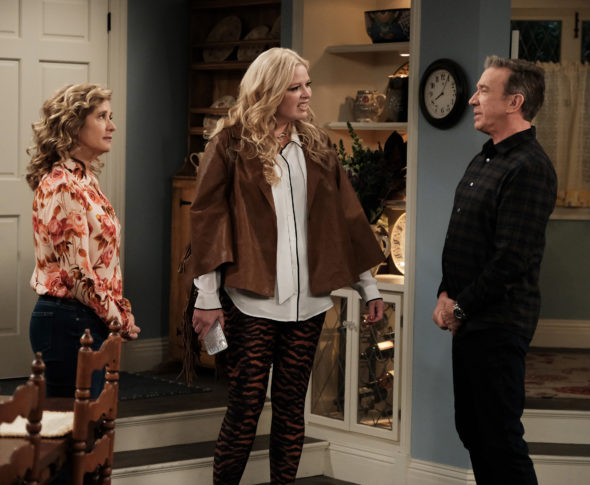 The XFL is the latest sport to cancel games due to coronavirus concerns, and FOX has announced replacements for the canceled games. Viewers will see episodes of Last Man Standing and Beat Shazam in place of the XFL in primetime.

On April 2, two episodes of Last Man Standing will be joined by Beat Shazam in the 9pm hour.

FOX revealed details about the episodes set to air in a press release. Check that out below.

Hosted by Jamie Foxx, BEAT SHAZAM is the unique and interactive game show that pits teams of two against the clock and each other as they try to identify the biggest hit songs of all time. In the end, the team with the highest score will outlast the competition and go against Shazam, the world’s most popular song identification app, for the chance to win up to one million dollars. Teams of cell tower technicians, sisters and a mother/daughter duo battle to become the highest scoring team to ever compete with Shazam in the “Our Most Dominant Team Ever!” episode of BEAT SHAZAM airing Thursday, April 2 (9:01-10:00 PM ET/PT) on FOX.”

What do you think? Were you planning to watch the XFL in primetime?

My boyfriend, dad and brother were gonna watch at our house so I guess I would’ve had to watch too. Lol
I’m happy to watch Last Man Standing instead. It’s one of my favorite Fox tv shows along with Bobs Burgers, The Simpson’s and Family Guy.

I wasn’t planning on watching xfl. I am so glad Beat Shazam will be on. Love that show. Have been watching since 1st episode aired. Love Jamie Foxx.

I liked the old Last Man Standing episodes. Not as much the new ones.

What the heck happened to LAST MAN STANDING? New writers? It sure isn’t funny any more.

Last man standing is the happiest place to go we all need this right now!!!

Love it, Last Man Standing is a great show!!

Hey! What about “Outmatched”? Will Season 1 on FOX be done by then?

I hope they get to finish was starting to like it…