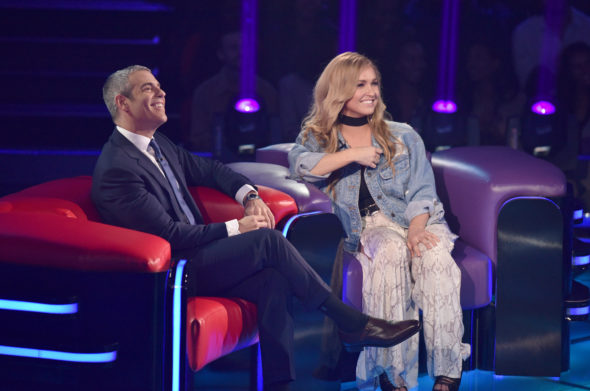 Have you seen Love Connection or Beat Shazam? Recently, FOX executive Rob Wade spoke with Deadline about the future of the two game shows.

Hosted by Andy Cohen, Love Connection features single people searching for love and romance. The series is currently in the middle of its second season as is the Jamie Foxx-hosted musical game show Beat Shazam.

Speaking to Deadline, Wade revealed FOX will make a renewal decision for both Beat Shazam and Love Connection by the end of summer:

We haven’t made a decision on Beat Shazam and Love Connection yet. Obviously, we’re very happy with the shows. We put them both up against AGT this season, which was a tough ask, it’s the biggest show there, but they’ve sustained and held well. Jamie (Foxx) is just a phenomenal partner, as is Andy (Cohen), so we’ll be looking into that in the next couple of weeks so you all should know something about that by the end of the summer.”

What do you think? Are you a fan of Love Connection and/or Beat Shazam? Do you want a third season?

Not a fan of either show

I enjoy both of these shows so I hope FOX renews them.