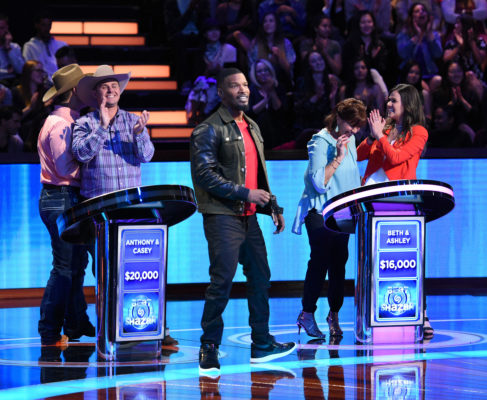 Beat Shazam is gearing up for a new season. Deadline reports Corinne Fox will join season two of the FOX TV show.

Corinne Fox, who is host Jamie Foxx’s daughter, will serve as DJ for Beat Shazam‘s second season. The new season is currently filming and slated to debut on FOX in 2018.

What do you think? Have you seen Beat Shazam? Will you watch season two?

Bring back October – it’s not the same. This new DJ is not good at all. Her voice is too weak and she’s dull.

Yes, Bring Back October she was so much better.

I used to love Beat Shazam but without October it’s not the same. She gave life to the show. Now I don’t like anymore

what happened to October?

What happened to October? Not the same

Love the show. Glad to hear it got renewed. Seemed like it ended Season 1 rather abruptly. I’ll miss October!

what happened to October? she doesn’t want to continue doing it?

What happened to October?