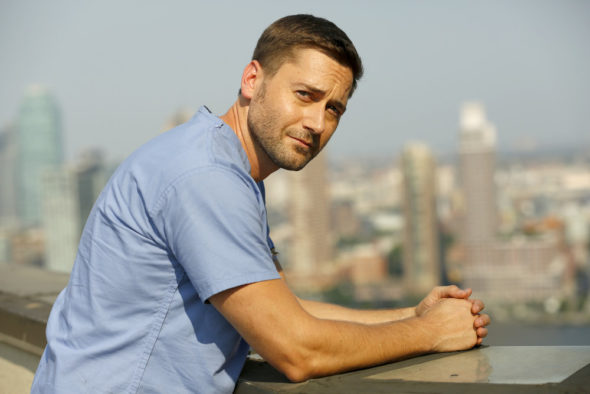 TV show description:
Inspired by a real medical director’s experience at the oldest public hospital in America, the New Amsterdam TV show follows a caring young doctor who wants to fix the system and maybe even inspire his colleagues to help.

Doctor Max Goodwin (Eggold) is a caring and charming, yet no-nonsense physician. His goal is to fix a broken medical system and to provide exceptional care to the people who need it most. He inspires (almost) everyone around him, and will stop at nothing to breathe new life into the understaffed, underfunded and underappreciated hospital.

New Amsterdam is the only facility in the world capable of treating Ebola patients, prisoners from Rikers Island, and the President of the United States.

Series Finale:
Episode #89 — How Can I Help?
In the series finale, everyone’s story reaches a surprising yet inevitable conclusion.
First aired: January 17, 2023.

What do you think? Do you like the New Amsterdam TV show? Do you think it should have ended or been renewed for a sixth season by NBC?

I’ve been watching network TV for a long time and, frankly, I cannot believe NBC is cancelling this outstanding program. Excellent writing, plotting, acting. And plenty more questions to be answered by the writers. What more can they ask for? This makes no sense and certainly makes me not want to watch what NBC has to offer in future since I now know that no matter how excellent, it is likely to be prematurely cancelled. I won’t watch knowing I will be disappointed.
Please reconsider this foolish decision.

I love this show because of the amazing people! Please do not cancel!.

I love this show. I won’t be watching NBC anymore because they cancelled it.

I really don’t like anyone choosing the programs I watch, be that renewed or canceled. Evidently my vote wasn’t considered and it didn’t matter one iota!
I’ll plan on watching another show, eventually. I hope it won’t be on NBC!
Basically, thank you for ….nothing?

I’m crying. So Dr.Helen Sharpe AND it will be the last season? I can’t. This is too much.

Please do not cancel new Amsterdam! It’s my favorite!

This was a great show if the writers screwed up then it should be given a second chance, I am so tired of spending MY quality time watching these programs and you cancel them when ever you feel . Does this have any racism wrapped around it?

New Amsterdam is one of the best shows on the air right now…grateful it’s been renewed. Eggold — excellent actor!!