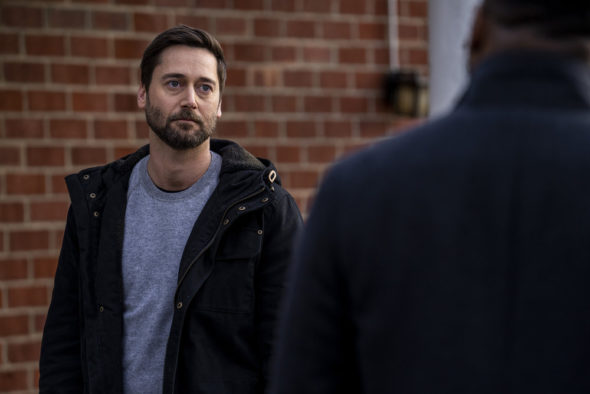 It sounds like Max will be looking for a new position after the 2022-23 season. It’s been revealed that the New Amsterdam series will be ending with its upcoming fifth season of 13 episodes. The NBC show’s fourth season will resume on Tuesday, April 19th.

A medical drama series, the New Amsterdam TV show stars Ryan Eggold, Janet Montgomery, Freema Agyeman, Jocko Sims, and Tyler Labine, with Michelle Forbes, Sandra Mae Frank, Shiva Kalaiselvan, and Chloe Freeman in recurring roles. Doctor Max Goodwin (Eggold) is a caring physician whose goal is to fix a broken medical system and to provide exceptional care to the people who need it most. He inspires (almost) everyone around him, and will stop at nothing to breathe new life into the understaffed, underfunded, and underappreciated New Amsterdam Medical Center. Those working with Goodwin include Dr. Lauren Bloom (Montgomery), the head of the ER; oncologist Dr. Helen Sharpe (Agyeman); cardiovascular surgeon Dr. Floyd Reynolds (Sims); and psychiatrist Dr. Iggy Frome (Labine).

The fourth season of New Amsterdam averages a 0.37 rating in the 18-49 demographic and 3.25 million viewers. Compared to season three, that’s down by 19% in the demo and down by 10% in viewership in the live+same day ratings (including DVR playback through 3:00 AM). The series gains quite a bit in the live+7 day ratings, averaging a 0.73 in the demo with 6.18 million. That’s a gain of 95% and 90%, respectively.

New Amsterdam was renewed for three seasons back in 2020 and the fifth season will complete that order.

“The story of Max Goodwin, and his never-ending commitment to patients at New Amsterdam, has been inspiring,” said Lisa Katz, President, Scripted Programming, NBCUniversal Television & Streaming, according to Deadline. “We’re so grateful to David Schulner, Peter Horton, and our cast and crew for their incredible dedication, talent and collaboration.”

Though New Amsterdam is ending, Eggold has already signed a first-look deal with Universal Television, a division of Universal Studio Group, to develop projects across various platforms.

What do you think? Have you been keeping up with the New Amsterdam TV series? Are you disappointed that there won’t be a sixth season or, is five years a good time to end it?

New Amsterdam is a very good medical show I love it. The day it comes on I watch the Resident and then New Amsterdam. Please, please renew it, I would be so said if you cancel it. Please renew it.

Please don’t take it off I have been watch from day one I think what hurt the show is watching so long about about six or seven shows., it takes to long to bring it back and people forgets them .I think its one of the best. Try and keep it on.

I have a really bad issue with the character that Michelle Forbes is playing. I know shows have to make there show interesting but you have to get her off the show. I did not like her on Chicago Fire and I really am Disturbed that she is on new amsterdam. I’m just not going to watch New Amsterdam any more until you get her off the show because I just can’t take it any more. Please get her off!