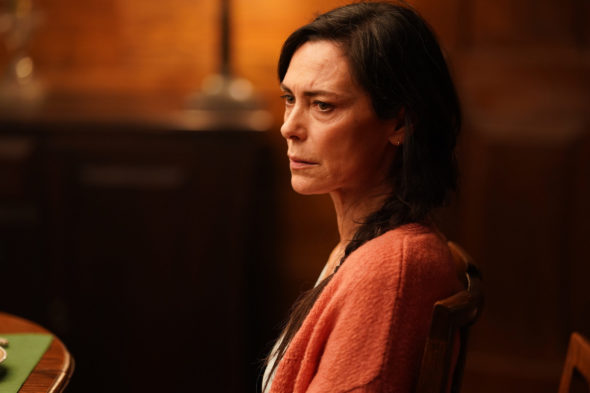 Michelle Forbes is going from Big Sky to New Amsterdam. The actress has landed a role in the NBC medical drama for its upcoming fourth season. She is joining Ryan Eggold, Freema Agyeman, Janet Montgomery, Jocko Sims, and Tyler Labine on the series.

TV Line revealed that Forbes will play the “recurring role of Dr. Veronica Fuentes, a calm, poised and fearless fixer.” She will come in to fix the failing hospital, and her first order of business is to get rid of the “inept board.”

What do you think? Are you excited to see the new season of New Amsterdam on NBC with Forbes appearing?

Yahoo, my wife and I are thrilled to hear New Amsterdam is returning soon. I think the addition of Michele Forbes is a good one.

YES- I AM VERY EXCITED FOR SEASON 4 AS I LOVE THECHRACTERS AND THE SHOW.

I’ve been hooked on this show since the very first episode. So anxious for Season 4 to start!

Sick of the background drumming! Liked the show but had to stop watching!

I can hardly wait until season 4 of New Amsterdam,

I can hardly wait for season 4 to begin. What’s not to LOVE?

This show has gone off the deep end. Guys kissing each other I find abhorrent and that is just the start of this show going South. No more. My DVR has been adjusted to no longer record this show that once was good, now they openly promote such life styles.

I was on the verge of dumping my cable TV package. On the 3rd try, I was told that even after it expires, it won’t go up for 6 months to a year. There is almost nothing to watch on TV anymore. I’m watching movies I have seen many times before and old TV shows. I’m going to try and watch the last season of the Walking Dead. It is a real shame how TV has gone down the tubes.

The whole ‘wokeness’ of the show has spoiled it for me. I didn’t mind the gay kissing – I just roll my eyes and wonder why it’s critical to that particular episode. For me it was the constant drumbeat of political correctness in an otherwise promising based-on-reality medical show. It started with the idea that doctors/nurses/staff had no say in how the hospital was run but were given the opportunity to make it run better with an advocate like Dr. Goodwin. When Goodwin became ‘woke’ to the PC pressure, the show became unwatchable. TV was meant to be an escape… Read more »

Same with Grey’s Anatomy and Station 19.