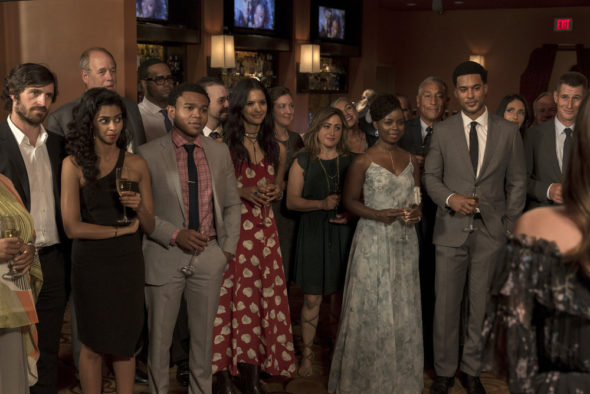 It’s time for San Antonio Memorial’s emergency room night shift staff to clock out.  The Night Shift TV show has been cancelled after four seasons on NBC.  The medical drama first premiered in of May of 2014.  It ran as a summer series, except in season two, when it was a mid-season replacement.

The Night Shift: A Look at the Ratings

The fourth season of The Night Shift averaged a 0.66 rating in the 18-49 demographic and 3.96 million viewers. Compared to season three, it was down by 32% and down by 21%, respectively. The Night Shift did not stack up well against other NBC TV shows. Even among the Peacock Network’s summer series, it earned pretty low ratings, so the cancellation makes sense.

Here is more on The Night Shift cancellation, from NBC, via Deadline:

“We want to thank our amazing creators and executive producers, Gabe Sachs and Jeff Judah, for their dedication and stellar work; a cast and crew that were second to none; and the city of Albuquerque, N.M., which graciously opened its arms to us,” said Jennifer Salke, President of NBC Entertainment. “For four seasons The Night Shift gave audiences a window to heroic doctors, nurses and all-star medical workers who never hesitated to give their blood, sweat and time to help those most in need.”

What do you think? Should NBC have cancelled or renewed The Night Shift TV series for a fifth season? Were you still watching it? Sound off, in the comments.

I just finished watching season 1-4! I’m really sad that there is no season 5! Please bring it back