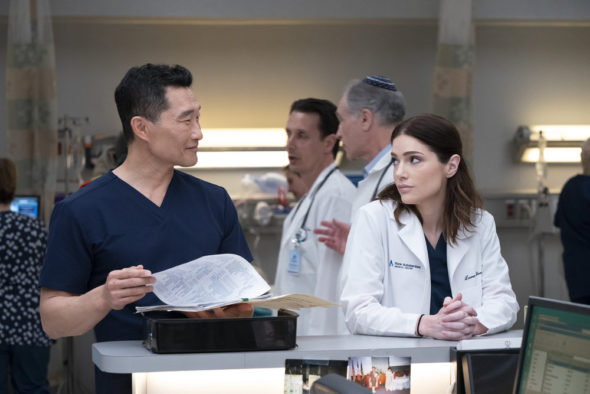 New Amsterdam has wrapped its second season on NBC, and fans are looking ahead to season three. The series has already been renewed through a fifth season. Its second season ended differently than it was supposed to though, due to the coronavirus shutdown on production. The season was supposed to end with a hurricane, and a pandemic episode was also not aired due to the current circumstances.

David Schulner, the executive producer of the series, said the following about what fans might see in season three of the NBC drama, per TV Guide:

“All our plans have been blown out of the window. In Season 3 we have to rethink everything. Their priorities are going to change after this pandemic. I don’t think we can force storylines on a new world we’re living in — it would ring false. They’re going to change.”

What do you think? Are you looking forward to season three of the drama?

Waiting for what seems like forever for season 3 to start. Like the way show delves into characters lives, along too the medical.