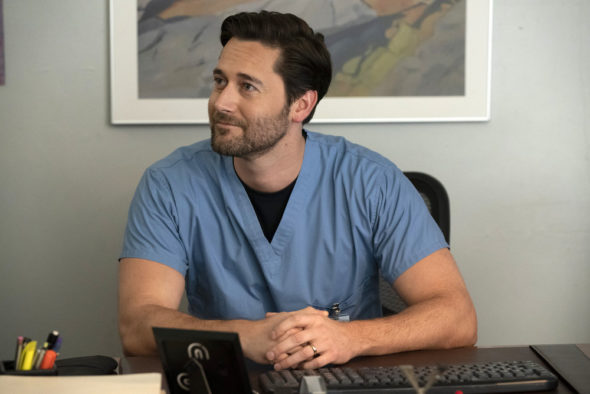 New Amsterdam now has two new episodes left of its second season. The creator of the medical drama has decided to shelve an episode which features a fictional pandemic taking over New York City. With the coronavirus impacting the world, the decision was made to pull the episode and air it at a later date, per Deadline.

This means the season finale for the NBC series will air on April 14th. The series returns with new episodes on April 7th. Daniel Dae Kim and several members of the crew have been diagnosed with coronavirus. Kim is a new member of the cast, and he is already on the mend.

David Schulner wrote a lengthy essay explaining why he decided to pull the episode of New Amsterdam for now. In part, he said the following:

“Though, sometimes, when we get it right, the fiction we write actually does what Hamlet instructed. This was the case of an episode of New Amsterdam called “Pandemic” written by David Foster (a Harvard trained M.D.) and directed by Nick Gomez. David wrote the episode in 2019 about a flu pandemic overtaking our fictional hospital in New York. During a bad year, influenza can kill up to 80,000 Americans. We wanted to get this message out. And the best way to do that was to scare you so bad you’d be washing your hands during the commercial breaks. We showed what happens when our hospital has to erect tents in the parking lot because every bed is taken. When the doctors and nurses and medical techs have been working back to back shifts because their replacements are sick. When panic sets in. When people are quarantined. When people die.

Sometimes, what the mirror reflects back is too horrifying to look at.

This is why NBC recently decided not air “Pandemic”. David even renamed it, “Our Doors Are Always Open”, as a salve. But, let’s call it what it is. We shot a fictional pandemic episode right before a real pandemic hit. People are dying in real life. Do we really want to watch fake people die too?”

New Amsterdam has already been renewed for three seasons.

What do you think? Are you a fan of this series? Was pulling the pandemic episode the right move?

I would like to see Max and Sharpe get together. They seem to have a real attraction, and Max is in such sorry shape!

I love that the show creators took Max’s line “how can I help” to heart, and truly gave their fans a quality show without focusing on the stressful pandemic we are all experiencing (in different ways.). Thank you for putting our needs ahead of the show’s schedule. Your efforts were truly appreciated. Looking forward to next season.

No, it is not the right thing.

I never want to miss an episode. I have it on record. One of my favorite shows.

I really like this show and I am happy to hear it’s been renewed, as for the episode about a pandemic, right now is not the time, but I don’t think it would have hurt the ratings at all, as matter of fact I think it would have been a good time for something like that.

We are huge fans of this show. I applaud the show for not showing this episode when the real thing is happening. They are right that we don’t need to see on tv what is really happening in real life. We can’t wait for the new shows to air. Stay safe everyone.

I love the show New Amsterdam I think they made the right decision to pull the episode of a pandemic since we are facing a real one right now. Keep the good work up but let the head guy can’t remember the name but let him find a girlfriend without it getting in the way of the main story line.

I think it was the right thing to do. I Love this show, and I am so happy there will be a season three.
Sandy