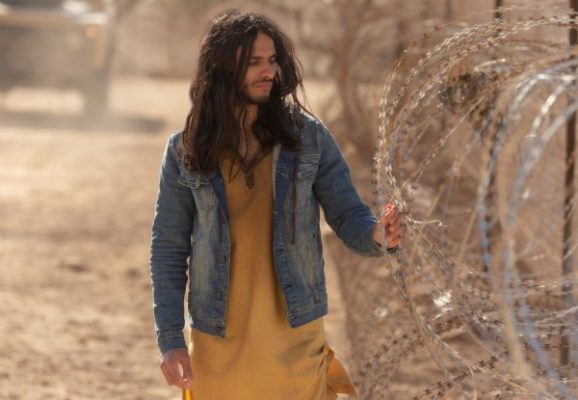 Is Al-Masih the savior that his followers believe him to be? It looks like we may never know. Netflix has cancelled the Messiah TV show so there won’t be a second season of the series.

The first season of 10 episodes was released on January 1st. While the show’s season finale left the door open for a second season, Netflix has apparently decided not to continue the story. Actor Wil Traval, who plays Will Mathers in the series, shared the cancellation news via Instagram.

What do you think? Do you like the Messiah TV show? Would you have watched season two of this Netflix series?

You should had additional seasons it’s sad Netflix does this. It was an awesome series and Netflix blew it shame on you

Please bring the show back. I would love to see the second season.

Messiah is one of the best series on Netflix. Edgy challenges for all sides. Brilliant writing. Fast moving. Suspenceful, everything needed nnfor a fabulous show.
Did a sponsor feel threatened by the idea the religions started over 2000 years ago are now obsolete, unnecessary? Unity of all can be a threat to some.

Please bring this show back! It is so good!

Lets get real … finish the story

Oh please bring it back.
It was superb, and a comment on life everywhere today.

So disappointed that this series was canceled!!! WTH Netflix? Seems like all they want to give us is garbage. They finally had a show with substance that was extremely thought provoking & relevant.

So in this mixed up world, a hopeful engaging spiritual series, Netflix folds to stupidity and slashes it ,,instead of letting it gain followers which would spread and propel it to engage millions in deep contemplation of themselves and their purpose in life. SHAME on you!!
You will ignore this and fund some mindless crap that you think will gain more Views.

I have posted multiple times….the story did not end with the plane crash miracles… There are lots of loose ends, and THIS story has an important message that must continue…We are ONE human race and we must learn the meaning of Integrity and apply it throughout our one world and life…. Season 2 is NEEDED. SAVE MESSIAH!

I have been WAITING for season 2. I’m very disappointed.

WHAT! Here we go again! And that is why I’m now hesitant to watch series because we don’t know if it’s going to be cancel or not!i was waiting for it!

I’m so disappointed that there will be no closure to the Season 1 cliffhanger of Messiah. I am not going to watch any more series on Netflix until it has at least two seasons released. Boooo! to Netflix.

I only found this show recently and love it. I was on the edge of my seat to find out what was next. Can’t believe it was cancelled. It had no publicity that I could find on Netflix. Give it another chance and sell it to another service, please. Is it too late?

come on man some one has to pick it up and run with it. How about boot leg.