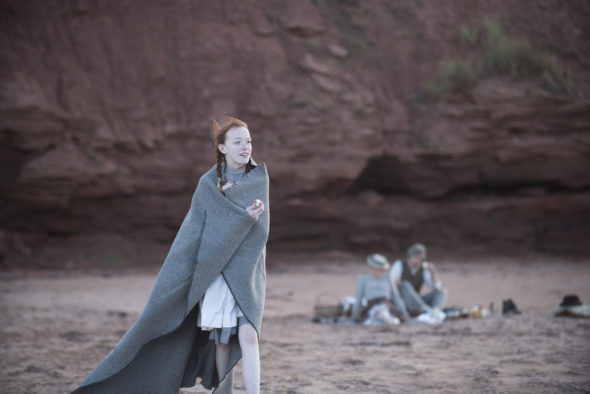 Anne with an E is coming to an end. The series, which airs on CBC and Netflix has been cancelled after three seasons. There will not be a fourth season of the series. The series finale aired on CBC this week, and Netflix viewers will see the final season on the streaming series in January, per TV Line.

Moira Walley-Beckett, the creator of the series, went to her Instagram to share her reaction to the cancellation of the Netflix series.

Beloved fans & friends of #AWAE, I’m sorry for the sad Netflix/CBC news today 🧡 I wish it could be different but it cannot. We have reached the end of the red Green Gables road after 3 wonderful seasons. My heart is heavy but I am so proud of this show – proud of my talented cast, crew, writers, and directors for working together so passionately to bring my vision of #annewithane to life 🧡 I am grateful and humbled by this experience and I truly feel blessed to have had the opportunity to share this beautiful, meaningful story with all of you, my kindred spirits🌿 I know you have loved this series as much as I have and I thank you for that forever and a day 🧡 🦋#annewithane #neverforget #kindredspiritsforever #differentisntbaditsjustnotthesame #beautyisallaroundyou #sharethelight #adventureawaits #lovethenaturalworld #aheadbyacentury #practicekindness #loveoneanother #loveisloveislove #beagoodfriend #maketheworldbetter #foreverandaday 🧡 PS: I have many more pics and stories to share 🧡🌱 Love, MWB 🦉🙋🏼‍♀️ photo @michaelkuijl

After fans learned of the cancellation, Walley-Beckett shared more in a statement to Entertainment Weekly. She said the following:

“The fan support and love for Anne with an E is overwhelming, heartening, and wonderful — how I love these Kindred Spirits. This proves to me how much this show has connected with a diverse audience around the world and how meaningful it is to everyone. I am incredibly proud of these three seasons. Creating Anne with an E was an amazing experience — it was my heart project and I gave all of myself to it. I’m so grateful to my extraordinary cast, crew, writers, and directors for passionately bringing my vision to life.”

In addition, she revealed that fans could see more of Anne with an E at some point. She is not against taking the world and its characters to the big screen at some point.

What do you think? Are you a fan of Anne with an E? Are you sad to hear of the show’s cancellation? Do you want to see the characters head to the big screen?

I am a big fan of AWAE. I am so bummed that is is cancelled. Great show, great actors and actresses. With all the junk, this was one show that showed great promise. Please rethink and bring it back.

Why would anyone cancel such a well-written and well-acted series? There is so much dreck that is streaming and when one finds something worth the time to watch. Anne is such a hopeful and thoughtful heroine. Please reconsider continuing this series. How can we recommend TV shows to young impressionable children/young adults when this is removed. Most of the shows have either violence, self-absorbed characters, or plots that have been done to death! We need Anne with an E!

This show simply should have NEVER been CANCELLED. One of the purest stories ever told, rich with great young characters and storylines.

I will miss “Anne with an E” so very much…. It has been such a delightful show and it deeply saddens me that when a wonderful show, such as this just gets written out of tv’s history books. 2020 has been and still is a rough year and this was a series that gave a lot of light to a dark time. I will go back through the series again, at least until it is completely dropped. It will be difficult to ever watch or read anything written or produced by those that have obliterated such a heartwarming show and… Read more »

Such a great series. It seems that anything family oriented is cancelled but expletives and sex are all the rage. Please bring back this amazing family show for all of us who are sick of all the junk being broadcasted.

One of the best series ever.

I know it’s such a shame AWAE was cancelled when it was so refreshing, different and wholesome, but you might like a show called ‘When calls the heart’ which is also wholesome and a period show with great characters. Worth a try, an amazing show imo 🙂

I really need to see Anne and Gilbert get married please!

So very sad to hear this wonderful show has been cancelled as I had looked forward to it every week.

Loved this show so much
very sad to see it end

This show is amazing, delightful! How can you drop it? This breaks my heart. There are so few engaging, intelligent programs available. I know I don’t fit your demographic. I am approaching the age of 69. Please reconsider. I beg of you.

I am absolutely gutted that AWAE has not been given the green light for a 4th season! Gutted and incredibly surprised! With so many junk shows on Netflix, how can they cancel a show so well done?? AWAE was a show that families could enjoy together, indeed my daughters, myself, partner and MIL all watched it together! It was a show that needed no violence, sex scenes or inappropriate language to captivate imaginations and tap into the hearts of all age groups. I sincerely hope it is picked up again, the compassion and open-mindedness of Anne and Gilbert made them… Read more »

I’m sadden to know there will not be a 4th season. I love the story of Anne if Green Gables! This retelling was beautifully done. I hope they reconsider. Farewell kindred spirits!

This beautifully done series has been ended to soon.

Yes so sad! This show was so light hearted and sweet. We don’t see that anymore. It was also nice to see innocence. It was beautiful!